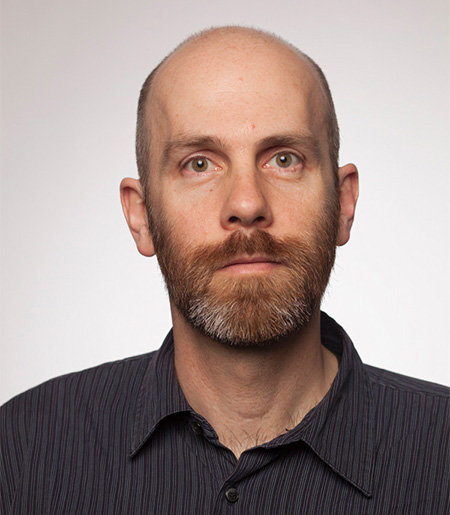 Christopher J. Miller is a scholar and musician whose interests and activities revolve around two points of focus: experimental music, and the music of Indonesia, especially Central Javanese gamelan.

Miller studied composition at the University of Victoria and Simon Fraser University (SFU), and at Wesleyan University, where he completed his MA in 2001. After first encountering Javanese gamelan at SFU, he studied for twenty months in Indonesia, primarily in the old court city of Surakarta, Central Java. He has since joined the ranks of the leading non-Javanese performers of traditional Javanese music, performing regularly with groups in New York and Boston, and directing the Cornell Gamelan Ensemble.

From the beginning of his involvement with gamelan, Miller has also engaged with it creatively. He has composed numerous works for gamelan, including a three-and-a-half hour performance/installation as his MA thesis project, an installation for virtual gamelan, and pieces for gamelan and other Asian instruments such as koto and dan bau. He has also worked to realize and perform pieces by Jessika Kenney, Nick Brooke, and fellow members of the Vancouver ensemble Gamelan Madu Sari, and has collaborated with and performed pieces by some of Indonesia’s leading composers, including AL Suwardi, Pande Made Sukerta, the late I Wayan Sadra, and Michael Asmara. He is an original member of the Cornell Avant-Garde Ensemble (CAGE), an ensemble dedicated to freely improvised music founded in 2011.

As a scholar, Miller’s primary research focus is contemporary art music in Indonesia, there known as musik kontemporer. His dissertation, completed in 2014 for the PhD in ethnomusicology from Wesleyan University, presents a historical overview of the field as a whole, examining the cultural dynamics that have given rise to musik kontemporer’s distinctive profile, a profile in which work that is grounded in or otherwise relates to traditional Indonesian musics is especially prominent. A second area of interest is the temporality of traditional Javanese gamelan music, which he initially explored in his MA thesis and is now returning to. His publications include a reflection on composing for gamelan in North America, in The World of Music, and a chapter on the sound exploration of the Balinese composer Pande Made Sukerta in Performing Arts in Postmodern Bali, edited by Kendra Stepputat.

As a faculty member in the Department of Music at Cornell University, Miller directs the Cornell Gamelan Ensemble and the Cornell Steel Band, and teaches course on music in Indonesia, and in and of East Asia. He is a member of the Southeast Asia Program, for which he organized the fourth Cornell Modern Indonesian Project conference, Sounding Out the State of Indonesian Music, in 2018.