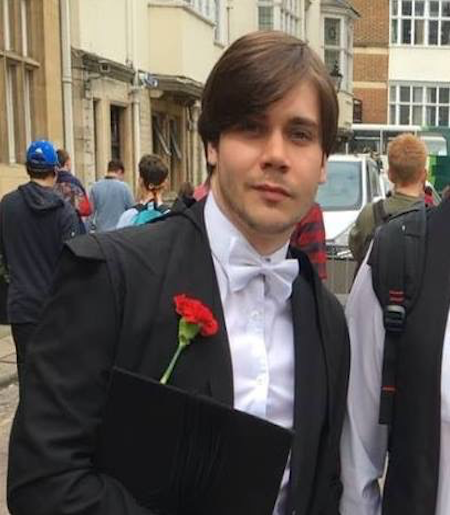 Thomas is currently exploring the academic intersection between anthropology, social theory, and musicology – with a focus on indexicality, affordance theory, atmosphere, and ethnographic approaches to music. His field site for his work has been Japan for the past five years, where he has been researching the Japanese reception and social conceptions of Johann Sebastian Bach’s music in particular. He has also conducted historical and archival work on the music of the foreign trading settlements of 19th century East Asia, and Japanese music conservatoires. He is currently a third year Ph.D student at Cornell University, where he hopes to delve deeper into Bach studies and historical source based approaches, alongside ethnomusicology and the anthropology of music; as well as developing earlier interests in critical theory, ludomusicology, and the uses of Western art music as a progressive and creative force in rock, metal, jazz, and video game music. Chinese society, history, and language has also become another area of his research more recently, and in Summer 2019 was a guest lecturer at the Central Conservatory of Music in Beijing. Thomas is from Cyprus and was educated in Scotland, studying classical guitar and lute with Peter Argondizza. He completed his MA (first class, highest mark of the year) at the University of Glasgow in 2012, submitting a portfolio of compositions supervised by William Sweeney, also submitting a dissertation on the aesthetics and philosophy of Bach’s fugal works and their philosophical relevance to modernity (supervised by John Butt). After securing the MEXT research scholarship from the Japanese government in 2013, he explored the Japanese reception history of Bach’s music at Tokyo University of the Arts, while also studying Japanese language at Saitama University. In 2015 he entered the master’s course in musicology at Tokyo University of the Arts, achieving the Acanthus Music Prize in 2017 for his thesis on the reception of Bach’s music in 19th century Japan (written in Japanese) supervised by Kinya Osumi. He worked as a research assistant for the anthropology department of the University of Oxford between 2017-2018 and completed an MSc there in social anthropology under the supervision of Inge Daniels and Roger Goodman, with a thesis exploring anthropological approaches to Western art music in contemporary Japanese music practices. His work includes several published translations, numerous conference presentations and lectures across Europe and East Asia (in both Japanese and English), articles, and book chapters focusing on the music, history, and religion of Japan, and is also currently an administrative assistant for Bach Network.