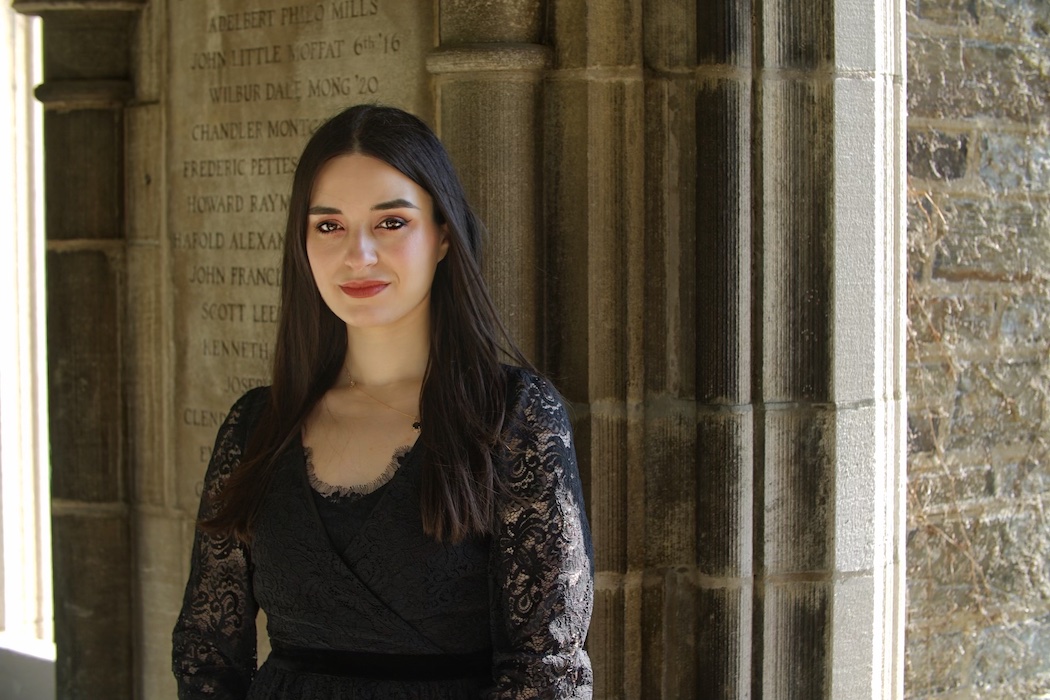 Theodora is a PhD Candidate in Musicology and a pianist. Her interdisciplinary interests cover the nineteenth century and beyond, and extend to pianism and other performance traditions; the long history of human sexuality, medicine, and gender; Romantic and fin-de-siècle European literature; media theory and the digital humanities; and pop scholarship. Within the nineteenth century, Theodora is interested in the way that broader Romantic ideologies reflected a tensioned relationship between metaphysics and materialism, where the ethos of creative ecstasy, heightened expression, and vibrant presence both empathized with and challenged the growing contemporary practice of measurement and indexing. Moreover, Theodora thinks about the way that nineteenth-century artistic materials, atmospheres, and events shaped and constrained different bodies; how cultural conceptions of (dis)ability, perversity, and fetishism were represented in art, especially performance; and how individuals of various cultures and embodiments defined freedom.

Theodora’s dissertation presents five case studies of nineteenth-century pianism and their reflections of contemporary notions of seflhood. More specifically, the five chapters explore how nineteenth-century gender was moralized, fashioned, and practiced daily with the aid of material objects, whether piano keys, corsets, pianistic gimmicks, theater puppets, or other items, and how performances — whether pianistic or literary — shaped expressions of sexuality and power dynamics within real or imagined socio-artistic milieus. From Franz Liszt’s “divine” virtuosity and his empirical literariness, on which he collaborated with his friend George Sand, to Clara Schumann’s pedagogical institutionalization of “disembodied embodiment”, to Johannes Brahms’s subversive play with virtuosic extremes, to Frederic Chopin’s aesthetic discourses on health and homosexuality, and Sophie Menter’s scandalously “masculine” performance style, the dissertation uncovers a new story not just about pianism, but about the Romantic mechanics — the prose and sound — of being, desire, and sex.This project also fulfills an interdisciplinary investment that brings together music studies, performance, and literary methodologies by presenting several reconstructions, restorations, or engagements with objects pertaining to each chapter, such as: a J. B. Streicher piano housed at Cornell’s Center for Historical Keyboards; a dress Clara Schumann wore; a new English translation of a George Sand story; a pedagogical device that Henri Herz built for the development of finger interdependence; previously unrecorded pieces composed by Sophie Menter; and others. The story of these objects, as well as supplementary recordings, will be shared through an accompanying dissertation website. Stay tuned for more details.

Theodora’s interest in the the codification of presence also extends to critical experimentations with hi-fi technology and production, cinematography, audio engineering, fashion, and architecture, and to the question of mediation and (in)visibility. Her current pianistic projects consist of audio recordings of Liszt, Brahms, Alkan, Schumann, and Menter on various keyboards, as well as staged “tableau vivant” visual recordings and performances of nineteenth-century repertoire that seek to capture the effervescent Romantic atmosphere and, more broadly, to actively encourage the exploration and acknowledgement of visual and multi-sensory elements in (piano) performance. Similarly, Theodora’s interest in pop, especially the impassioned worship of “qweens” such as Lana del Rey and Taylor Swift, considers the enterprise of hi-fi glamor construction, and, complementarily, the culture of lo-fi mediation through networks like TikTok, Instagram, YouTube, and others, that seek to sell authenticity and vulnerability. Theodora’s other critical interests extend to early modern English and Italian poetry, English, French, and German decadent literature, psychoanalytic and earlier medical discourses, especially on the topic of deviant sexuality, and the history and practice of ancient astrology.

Theodora is the recipient of numerous awards including the AMS M. Elizabeth C. Bartlet Fund, the Michele Sicca Research Grant from the Institute for European Studies, the Third Prize at the 2021 International Los Angeles Liszt Piano Competition, the Cornell Council for the Arts Grant, a special prize at the 4th International Piano Competition Sussex, and the Charlene Conrad Liebau Prize for Undergraduate Research at UC Berkeley, where she received BAs in Music and English. As a pianist, she has performed repertoire such as Brahms’s Second Concerto and Prokofiev’s Second Concerto with ensembles such as the UC Berkeley Symphony Orchestra, the Lublin Philharmonic, the Kostroma Symphony, and the Peninsula Symphony. Additionally, she has given papers at national and international conferences including the Annual American Musicological Society meeting, and was also the organizer of the performance-festival “Performing Clara Schumann: Keyboard Legacies and Feminine Identities in the Long Romantic Tradition” at Cornell in 2019.