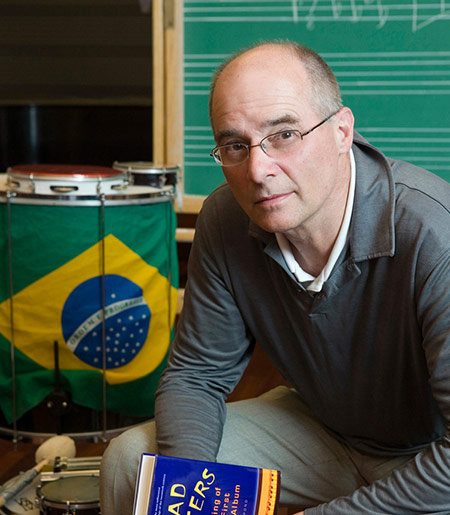 Steve Pond’s scholarly interests center on jazz and musics of the African Diaspora generally. His articles and reviews have appeared in Ethnomusicology and the Music Library Association’s journal, Notes. His book, Herbie Hancock’s Head Hunters: The Making of Jazz’s First Platinum Album, was published by University of Michigan Press in 2005 and republished as a paperback in 2010. The book was awarded the Woody Guthrie Prize for best monograph in popular music studies by the International Association for the Study of Popular Music (United States chapter).  His work generally focuses on historiography, especially as it relates to issues of authenticity and authority, race, ethnicity, class, gender, and other identity frameworks, particularly as these issues. A central consideration is the politics of genre classification.

Pond teaches graduate courses on theoretical and research issues in ethnomusicology, as well as advanced topics in jazz, popular music, and musics of the African Diaspora. He teaches undergraduate survey courses in these areas as well, and he offers specialized courses in American sub-cultural musics, post-World War II jazz, and rhythm-and-blues. He was awarded an Innovation in Teaching development grant (the grant program’s inaugural year) and was a Society for the Humanities Faculty Fellow (Spring 2006). Besides his core involvement with the Department of Music, he is also on the faculty of the American Studies, Latin American Studies, and Latino Studies Programs. He formerly served as Chair of the Department of Music, and is the former editor-in-chief of the journal Jazz Perspectives.

Pond is active as a percussionist and drummer, and is director of Cornell’s Brazilian music group, Deixa Sambar.