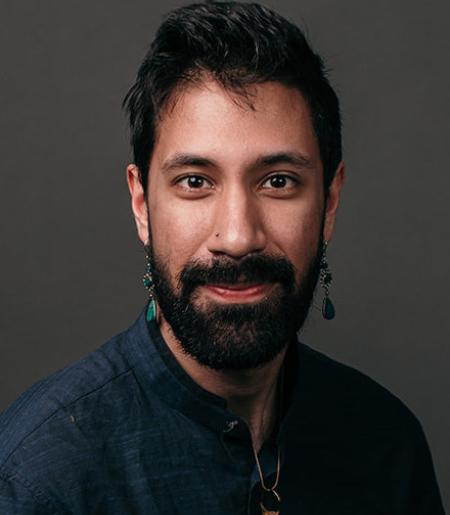 Seare Farhat strives to create music that connects a listener to the visceral imagination, energy, and transformation within narrative forms. Starting out his musical endeavors in Afghan folk music, he later built on these valued experiences in the western classical tradition combined with other interests, such as mathematics. Seare has received commissions from the JACK Quartet, IU New Music Ensemble, Metropolitan Youth Symphony, Quintessence Wind Quintet, and the Oberlin Sinfonietta, and served as the young composer-in-residence of the Detroit Chamber Winds and Strings in 2019. He has received honors such as FLUX Quartet's 2019 call for scores and being a finalist for Kaleidoscope Chamber Orchestra's 2019 call for scores. Seare has also held residencies at Avaloch Farm Music Institute in 2022 and with the Gabriela Lena Frank Creative Academy of Music as a Balhest Eeble Composer Fellow for the 2021-23 cycle. Seare holds a B.M. in Composition and B.A. in Mathematics from Oberlin College and Conservatory, a master’s degree from Indiana University Jacobs School of Music, where he held the position of Assistant Director of the New Music Ensemble, and is currently pursuing a D.M.A. at Cornell University studying with Elizabeth Ogonek, Kevin Ernste, and Marianthi Papalexandri-Alexandri​.