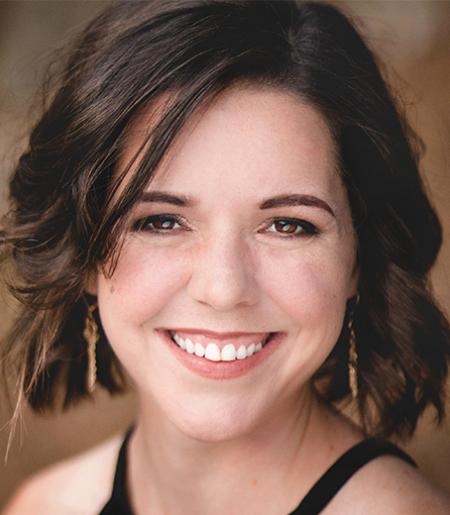 Ensembles under her direction have performed a variety of literature including masterworks; at CCSU she led the University Singers, Chorale, and Sinfonietta in performances of Fauré’s Requiem. She has helped prepare choirs for a number of large instrumental collaborations, including Mozart’s Requiem, Vivaldi’s Gloria, Bach’s Christmas Oratorio, Holst’s The Planets ( “Neptune”), Howells’s Requiem, and Tarik O’Regan’s The Ecstasies Above.

Sarah is a frequent guest conductor, adjudicator, and clinician, known for her inspiring energy and artistry. In addition to festival performances, she has worked directly with ensembles and educators in the Northeast and South, including Connecticut, Massachusetts, Louisiana, and Texas. Sarah’s broad research interests and pedagogical pursuits have led to presentations with the Texas Music Educators Association, the Southern Region of the American Choral Directors Association, and the National Collegiate Choral Organization.

As a vocalist, Sarah is a versatile ensemble artist and enjoys a diverse range of repertoire. She has regular engagements with Red Shift (Baton Rouge, LA) and Festina (Boston, MA), and performs in numerous sacred institutions in the Boston area. She is also a proud artist of Voce (Hartford, CT). In addition to professional ensembles, Sarah sings frequently with the Tanglewood Festival Chorus (Boston Symphony Orchestra), and the Illuminati Vocal Arts Ensemble (Amherst, MA). She is an alumna of the Seraphic Fire Professional Choral Institute at Aspen Music Festival and School.
Sarah began her career as a secondary music educator in her home state of Massachusetts, and remains committed to developing creative and meaningful partnerships with schools and community organizations.