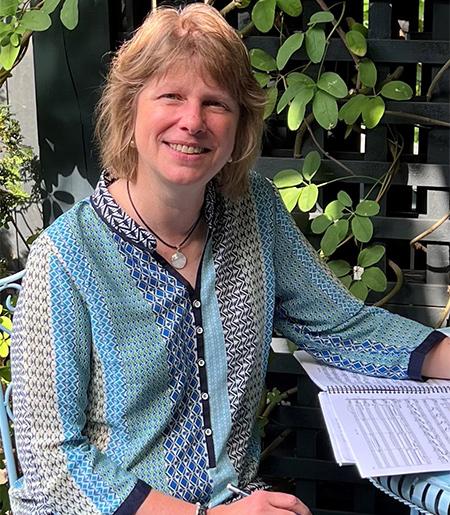 Kirsten Marshall, violinist and conductor, is known throughout the Americas for her dynamic energy and passionate work with young musicians. She is Director of the Orchestral Program and a violin faculty member of Ithaca Talent Education, as well as a Visiting Lecturer in Suzuki Pedagogy at the University of Louisville, Kentucky. In 2017 Ms. Marshall was appointed the conductor of the Cayuga Chamber Orchestra Youth Orchestra (NY). She is a Suzuki Association of the Americas registered Teacher Trainer in violin. Ms. Marshall received Bachelor and Master of Music degrees from the Cleveland Institute of Music (CIM) with majors in violin performance and Suzuki pedagogy. She holds a Bachelor of Science degree in music education from Case Western Reserve University, with an emphasis in strings. Her conducting studies were with David Einfeldt (Hartt School of Music), Carl Topilow, and Louis Lane (CIM). She is a member of Pi Kappa Lambda, the National Music Honor Society.

Ms. Marshall has conducted the 2016, 2014, 2012 and 1998 Suzuki Youth Orchestra of the Americas at the biennial Suzuki Association Conferences, as well as conducting the faculty orchestras for the youth piano soloist in both the 2008 and 2010 conferences. Also, she has been a featured conductor at Suzuki institutes and All-State festivals across the United States, Canada, and New Zealand, including most recently Alabama and California All-State. An avid supporter of contemporary music, Ms. Marshall co-commissioned and premiered a new sonata for violin and piano by Robert Paterson. Her own work as a composer and arranger for string orchestras includes Capriccio dell’ombra and Osker’s Song. She has conducted and produced two premiere string orchestra pieces on a CD released by Ithaca Talent Education (Bach to the Future).

An active violinist in the Ithaca area, Ms. Marshall is a member (David and Lesli Sagan chair) of the Cayuga Chamber Orchestra. She is frequently sought after as a string clinician at Suzuki institutes and workshops across the United States. Her high-energy style blends humor and passion, engaging players at the highest level for riveting performance.