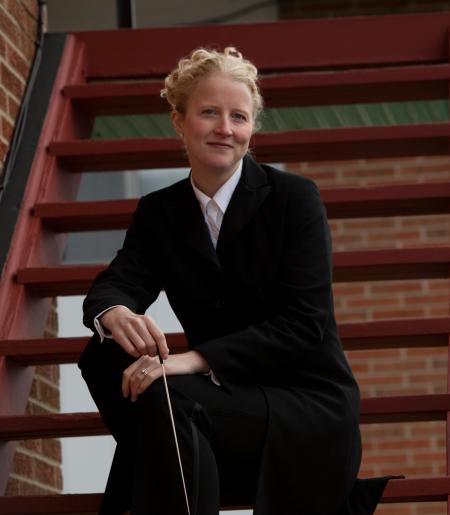 Ms. Kilburn assisted Sir Simon Rattle for performances of Peter Grimes at the Salzburg Easter Festival, and toured with world-renowned clarinetists David Shifrin and Alexander Fiterstein. She has conducted numerous world and USA-premieres and has been involved in several premiere recordings including some on the Naxos American Classics/Milken Archive label. She has conducted in the Cabrillo Music Festival, the MidAmerican Center for Contemporary Music Festival, the Philadelphia International Music Festival, and the Sewanee Summer Music Festival. Ms. Kilburn was Interim Director of Orchestras at Kent State University where she also taught conducting and conducted the operas. Previous to that she was on faculty at Baldwin Wallace Conservatory where she was the Composition Program Performance Coordinator, guest conducted the Baldwin Wallace Symphony Orchestra, and was on the conducting faculty.

Ms. Kilburn is currently Interim Director of Orchestras at Cornell University while maintaining a regular schedule of guest conducting, adjudicating, and being a clinician at festivals around the US. Ms. Kilburn studied conducting at the Conservatoire Darius Milhaud in France and at the Royal Academy of Music in London. Her teachers include Kenneth Kiesler and Emily Freeman Brown. DMA Contemporary Music, Bowling Green State University, MM in Orchestral Conducting, University of Michigan, MM Choral Conducting, Indiana University, BA Music/French, Wellesley College. She currently makes her home in Ithaca, New York with her husband and their two children, Luana and Sebastián.