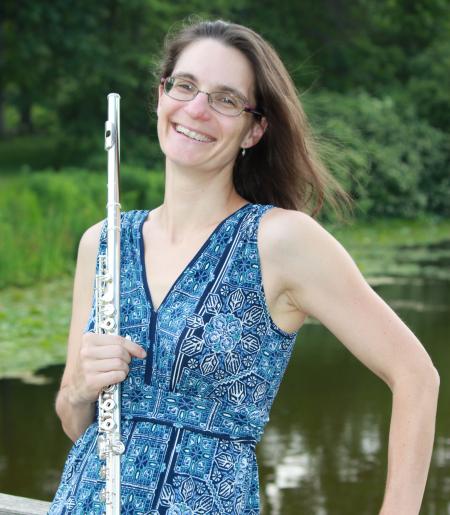 Juliana May Pepinsky is a lecturer and flute instructor at Cornell University where she leads the flute class.  She received a Master of Music degree from Yale University and a Bachelor of Music degree from the Oberlin Conservatory.  After completing her graduate degree, Juliana was an active flute teacher and classroom instructor of music theory and history at several colleges in Connecticut.  While in Connecticut, she also played with the New Britain Symphony, the Waterbury Symphony, and numerous chamber groups.  She has also been an Adjunct Professor at the University of Colorado, Boulder, Metro State College, and Regis University.   In September of 2003, she performed on the inaugural concert of Zankel Hall, the new concert space at Carnegie Hall, under composer John Adams.  Since arriving in Ithaca in 2008, Juliana has performed regularly at Cornell, especially on new music programs.  She also plays with the Fingerlakes Flutes, a professional ensemble based in Ithaca.  Her teachers include Michel Debost, Ransom Wilson, and Anne Diener Zentner.