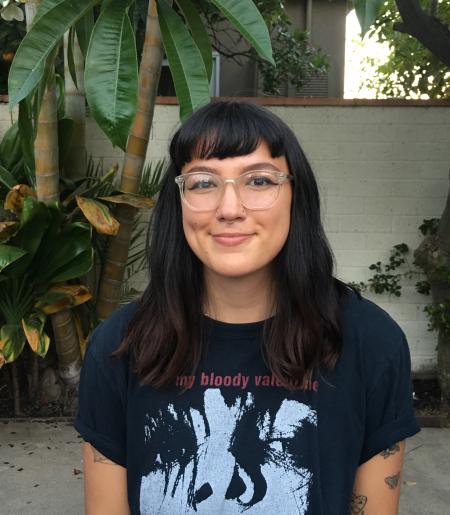 Clara Valenzuela is a first-year PhD student in the Musicology program. Her primary reason for studying musicology is to explore the social and political dimensions of music. Prior to her arrival at Cornell, Clara received a B.A. in Choral Music from the University of Southern California with a minor in Political Thought.

Broadly speaking, Clara is interested in the relationship between musical creation and its socio-political context. Recently, she has been drawn to the ways neoliberal capitalism shapes our music-making practice. In particular, she is interested in popular music, punk and “DIY” music, hauntology and cultural memory, latinidad, feminism, and queerness. Clara also hopes to continue performing choral music and studying early music performance practice during her time at Cornell.