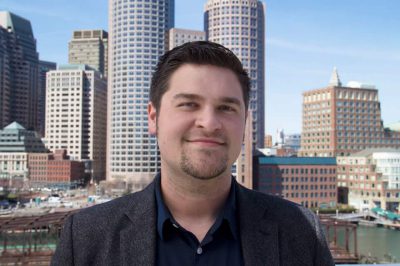 The music of Barry Sharp deals with sonic energy that lives at the edge of careful subtlety and vicious intensity. Described as reaching “incredible levels of volume and violence” and “bold and blistering” (Rising:  Contemporary Music at UI), his compositions draw upon multiple layers of participation and perception in music-making between the performer, the listener, and the composer.

Performances of Barry’s compositions have taken place in the U.S., Argentina, Colombia, Brazil, and Thailand by performers such as the JACK Quartet, Khemia Ensemble, Princeton Singers, Cornell University Chamber Singers, OSSIA Ensemble, Center for New Music, Murray State University Symphony Orchestra, Webster County High School, and the MSU Brass Band. He is the recipient of a 2016 ASCAP Morton Gould Young Composer Award, and has been selected to participate in festivals such as June in Buffalo, New Music on the Point, and the Lehigh Choral Composers Forum. His work Sinews (2014) was recorded with Khemia Ensemble for their debut album, Voyages, and went on tour with them in Latin America during summer 2015. His acousmatic work, Sonance and Excursus (2013), has been programmed at the 2014 National Student Electronic Music Event, 2014 New York Electroacoustic Festival, Vox Novus’s 2014 Circuit Bridges Concert, the 27th Biannual International Electroacoustic Festival at Brooklyn College, and the 2nd Annual Manchester New Music Festival.

Barry is also interested in cross-disciplinary and collaborative endeavors between performers of music, dance, poetry, architecture, and the humanities. His upcoming collaboration with an architect received a grant from the the 2017 Cornell Council for the Arts Biennial Celebration to create a piece on the subject of empathy. He collaborated in 2014 with poets, dancers, light designers, and three other composers to co-create a fifty-minute production addressing war trauma and the human state entitled “No Armistice.” This same team co-created installations for Liz Lerman’s Worth Fighting For Pop-up museum. He worked with Film Directors Rachael Yeager and Ashley Raymer-Brown in 2011 on scoring the movie “No Lost Cause.” The film received its debut in Frankfort, KY; is broadcasted on Trinity Broadcasting Networks; and has been screened at festivals such as the Phoenix Christian Film Festival, AZ; Williamsburg International Film Festival, NY; Louisville International Film Festival, KY; Bayou City Inspirational Film Festival, TX; and the Transforming Stories International Film Festival, South Africa.

Barry is currently pursuing a doctorate at Cornell University studying with Kevin Ernste and Roberto Sierra in addition to holding degrees from Murray State University (BM) and the University of Iowa (MA). He also works with BioAcoustics researcher Katy Payne on studying biological rhythms and synchronicity in the songs of humpback whales. More at www.barrysharpmusic.com.