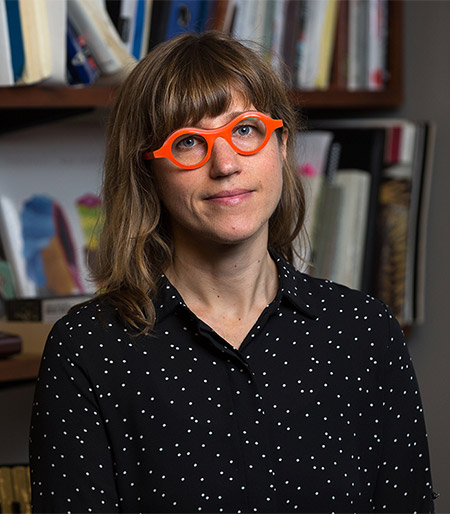 Annie Lewandowski is a composer and performer who works in song and improvisation. As an improviser on piano, accordion, and electronics, she has performed and recorded with musicians including Fred Frith, the London Improvisers Orchestra, Caroline Kraabel, Theresa Wong, Tim Feeney, CAGE, Sarah Hennies, Spinneret.s, and Doublends Vert. As a singer, guitarist, and keyboardist, she has recorded with bands and ensembles including Emma Zunz, Xiu Xiu, The Curtains, Former Ghosts, and Yarn/Wire. Her own band Powerdove has released ten recordings, including Machination (Murailles Music, 2021) and Bitter Banquet (fo'c'sle records, 2018).

In 2017, Lewandowski began studying humpback whale song with pioneering bioacoustician Katy Payne. Her 2018 composition Cetus: Life After Life, for humpback whale song and chimes, traces the evolution of Hawaiian humpback whale song from 1977-1981. She is currently working on the creative project Siren - Listening to Another Species on Earth with artist and coder Kyle McDonald exploring the meeting of multiple intelligences - human, humpback whale, and artificial. Siren will be presented on Martha's Vineyard, at the Johnson Museum of Art at Cornell University, in New York City, and at MASS MoCA in 2021-2022.

Lewandowski has performed at festivals and venues across the United States and Europe, including the Casa da Música (Porto, Portugal), the Hippodrome (London), Musica Nelle Valli (San Martino Spino, Italy), the Great American Music Hall (San Francisco), the Frieze Arts Fair (London), Avalon (Los Angeles), and REDCAT (Los Angeles). She is a 2014 Civitella Ranieri Foundation Fellow, and has been awarded grants from the Cornell Council for the Arts and the Atkinson Center for Sustainability. In 2019, she contributed to the creation of Pattern Radio, Google Creative Lab's webtool for teaching AI to recognize patterns in humpback whale song.