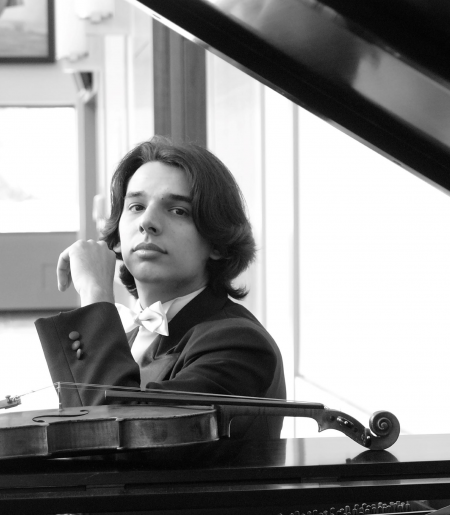 Rafael employs an interdisciplinary approach to his scholarly work focusing on the intersections between music, literature, and politics to illuminate the construction of national identity in Brazil during the military dictatorship (1964-1985). His academic research in Northeastern Brazil was funded by the Field Research Grant from the Institute for the Americas at the University of Miami, the Latin American Studies Program at Cornell University, and the Ralph Stewart Scholarship Fund at the Naples Orchestra. He presented papers both domestically and abroad and has given talks at the University of Southern Mississippi, the University of Arizona, and the University of Birmingham (UK).

Rafael is committed to empowerment through music education. In 2013, he founded the "Encontro Internacional de Cordas," an annual music festival that provides underprivileged students with a free opportunity to study music with world-class artists. He continues to serve as Artistic Director for the festival, curating a diverse series of concert programs and pedagogical activities. In recognition of his efforts to enhance the cultural life of his community, Rafael received the Fumagalli Trophy, the most prestigious award given by the city of Limeira, his hometown.