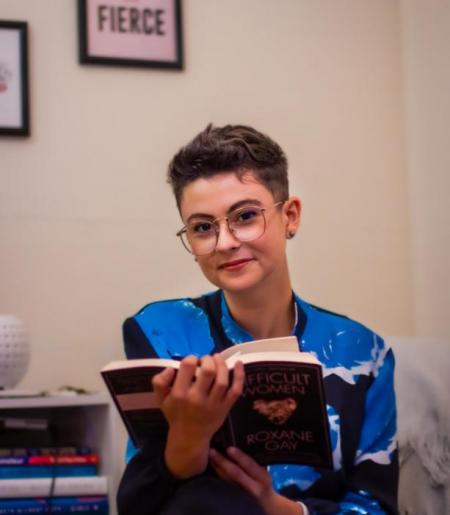 Nikki Pasqualini is a current Ph.D. student in musicology. Coming from Southwestern Ontario, Nikki completed her bachelor’s degree in music at the University of Western Ontario and a Master of Arts in Musicology with the collaborative Sexual Diversity Studies program from the University of Toronto. Her research interests broadly include the intersections of music and politics and the social contexts of music making. More specifically, she often finds herself examining North American popular music and its relationship to politics, sexuality, and gender, but has also done work on the intersections of music and twentieth-century philosophy, campaign music, and twentieth century art music and the Cold War. Nikki has been the recipient of several major academic awards. Her Master’s research was supported by a SSHRC CGS-M Fellowship from the Government of Canada and her undergraduate work was awarded the title of “Highly Commended” by The Undergraduate Awards organization, which placed her in the top 10% of the 6000 works submitted and included an invitation to present at the Global Summit in Dublin, Ireland. With a passion for teaching and sharing her research, Nikki has had the privilege of presenting her work at several conferences, and her work on campaign music can be found on the Trax on the Trail website for scholars, educators, students, and the general public.