Dick Silver ’50, MD ‘53, has had a notable career in medicine, spending most of his time studying, treating and curing cancer at Weill Cornell Medicine.

But the professors who took the most interest in him during his Cornell undergraduate days, and really got to know him as a person, were his music professors: William Campbell, director of the symphonic and Big Red bands, and Robert Hull, director of the Cornell Symphony Orchestra.

“Inspirational teachers are so important; they have such an influence on students,” Silver said. “I was very close to my music professors.

“I think it’s so important for students to have the opportunity to play, learn and meet other people through music; in addition to its cultural and educational value, they may even get a date out of it,” Silver said with a laugh, during an Oct. 31 visit to campus, where he attended a dedication dinner honoring the contribution and the Cornell Council meeting, of which he is a life member. “To me, music was such an important part of my life here. Initially as a freshman. I was overwhelmed, feeling socially and academically inadequate. The band and the orchestra gave me a place of belonging. I think they preserved my sanity my first six months.”

Silver was student director of the Concert Band and Big Red Marching Band, and solo clarinetist in the orchestra. He has continued to play in numerous chamber music ensembles and orchestras throughout his career. In fact, a highlight of the dedication dinner was Mozart’s “Divertimento No. 4, K. 229” performed by musicians Silver, Rachel Diao ’19 and James Parker ’21.

Silver started as an engineering student at Cornell because his father was an engineer, but he soon transferred into Arts & Sciences and became a math major on the pre-med track.

As sometimes happened in those days, Silver was offered a New York State Scholarship after acceptance to Cornell Medical College (as it was then called) during his junior year. He thought his acceptance was a joke put on by fraternity brothers.

After medical school, he fulfilled his military requirement during the Korean War in the Commissioned Officers Corp of the U.S. Public Health Service. He was assigned to the National Cancer Institute in its clinical cancer program and during this time, became very interested in leukemia.

After finishing his training in internal medicine and hematology, he served as a Visiting Fulbright Professor at the University of Bahia, Salvador, Brazil, helping to establish a U.S.-styled residency program sponsored by the Rockefeller Foundation and Cornell Medical College. He then returned to New York Hospital — Cornell Medical Center, where his accomplishments included breakthrough work with imatinib, a cancer pill that revolutionized the treatment of chronic myeloid leukemia.

His special focus is on myeloproliferative neoplasms (MPNs), including chronic myeloid leukemia, polycythemia vera, essential thrombocythemia and primary myelofibrosis. For more on his cancer research, see this video from the Cancer Research & Treatment Fund. He has published more than 350 papers and four textbooks. He spends most of his time working with physicians, researchers and treating and consulting patients, but travels frequently nationally and internationally to deliver presentations and host workshops in his specialty.

Silver performed with students James Parker ’21 and Rachel Diao ’19 during the dedication dinner. 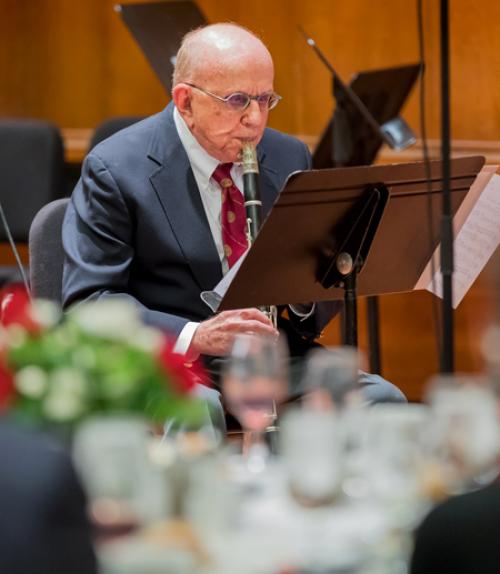 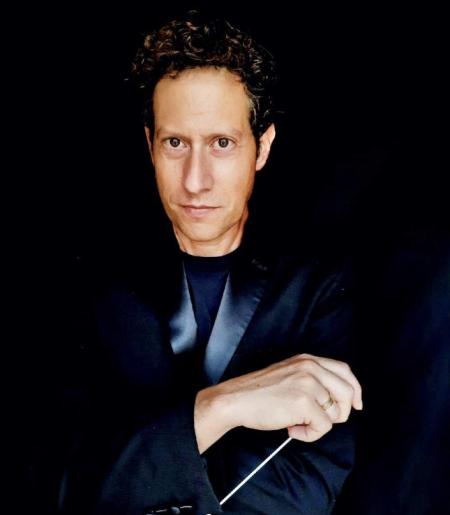