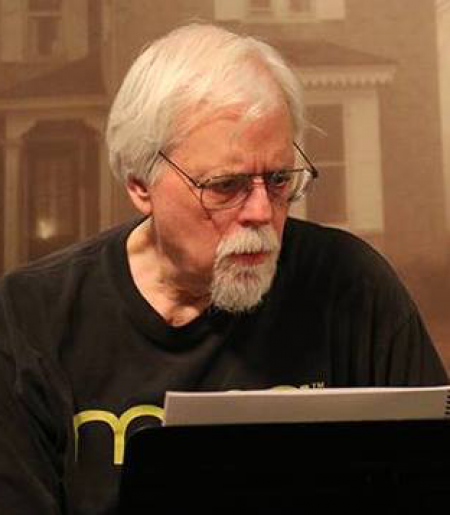 He was educated at the Eastman School of Music and Harvard University. At Harvard he studied with Leon Kirchner and Randall Thompson, and at Eastman with Bernard Rogers and Howard Hanson. He was also a Fulbright student in Berlin Germany, where he studied at the Hochschule für Musik with Boris Blacher. In 1966 he was awarded a Ford Foundation Grant administered by the MENC under a program called The Contemporary Music Project. Composers were made part a public school music program and composed music for student ensembles. He was sent to the Ithaca NY City School District where he served for two years.

In 1968 Borden was hired by Cornell University as Composer-Pianist for Dance in the Physical Education Department. He remained in that position until 1987 when he became the founding director of the Digital Music Program (now the Cornell Electroacoustic Music Center) at Cornell University. Borden taught at Cornell for 37 years.

In 1969, with the support of Robert Moog, he founded the world’s first synthesizer ensemble, Mother Mallard's Portable Masterpiece Company in Ithaca New York. Mother Mallard performed pieces by Robert Ashley, John Cage, Terry Riley, Philip Glass, and Steve Reich. Eventually, the ensemble performed only Borden’s music. Mother Mallard existed from 1969 until 2019. They performed in the United States, Europe and Canada. The ensemble produced several LPs, CDs and a DVD which all received positive reviews. Borden participated in the many activities surrounding the 50th anniversary of the founding of Mother Mallard's Portable Masterpiece Company in 2019, at Cornell University .In addition to his work with electronics and the Mother Mallard ensemble, Borden has written music for various chamber and vocal ensembles. He is also an accomplished jazz pianist.

Borden's compositions are similar to the repetitive minimalist style of Philip Glass, Steve Reich, and Terry Riley. He is also very interested in counterpoint, best demonstrated in his large scale series of works The Continuing Story of Counterpoint, Parts 1-12.

David Borden was commissioned to write the score to the 1973 film "The Exorcist" by director William Friedkin. However, less than a minute of Borden's music was actually used in the film (Mike Oldfield's "Tubular Bells" was prominently featured on the soundtrack instead.)

His The Continuing Story of Counterpoint (a twelve-part cycle of pieces for synthesizers, acoustic instruments and voice) has been called the "Goldberg< Variations of minimalism" by John DiLiberto. John Rockwell also cited Mother Mallard’s second album Like a Duck to Water: ”Mother Mallard turns out some of the best synthesizer music around." - New York Times.

Four books have cited and discussed his work. In keeping with his interdisciplinary approach to his life and work, two books deal with American music history, one with music technology and one with the paintings of George Deem: • America's Music in the Twentieth Century by Kyle Gann (Schirmer Books, New York, 1997) • America's Musical Life: A History by Richard Crawford (W. W, Norton & Company, New York, London, 2001) • Analog Days: The Invention and Impact of the Moog Synthesizer by Trevor Pinch and Frank Trocco (Harvard University Press, Cambridge, Massachusetts, London, England, 2002) • How to Paint a Vermeer by George Deem (Thames & Hudson, N.Y., 2004)

Borden resides in Ithaca, NY with his wife, Rebecca Godin.