Pianist Yujin "Stacy" Joo '16 won the 12th annual Cornell Concerto Competition Dec. 13 for her performance of Prokofiev's Piano Concerto No. 3 in C Major, Op. 26, Mvt. 1, accompanied by Blaise Bryski. A chemistry and biology major in the College of Arts and Sciences, Joo has played piano for ensembles including the orchestra, wind symphony and a cover band.

She was one of four finalists chosen by judges Phiroze Mehta and Shea Scruggs of Ithaca College and James Tapia of Syracuse University. 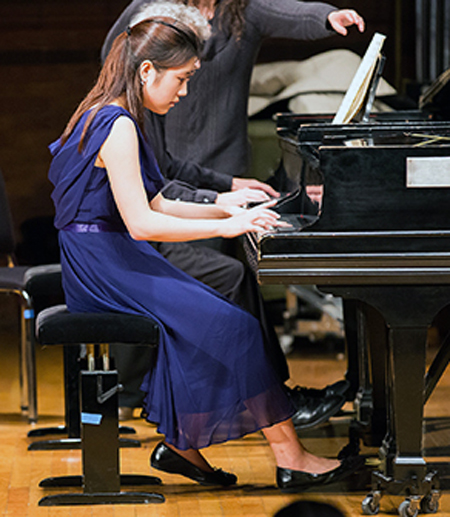