Congratulations to Roberto Sierra, Old Dominion Foundation Professor in the Humanities and professor of music, on the international release of his new CD “Boleros & Montunos” in Madrid, Spain.

The CD, a compilation of classical piano pieces, contains 13 pieces composed by Sierra between 2010-2015. “The piano was my first bridge to the world of music and continues to be a fundamental tool for my artistic creation,” Sierra said in the liner notes of his release. Pianist on the CD is Juan Carlos Garvayo.

The title of the album alludes to popular music from Latin America: a Bolero is the quintessential romantic ballade popular in the 1940s and 1950s and montuno is a term used in salsa music.

"Releasing the CD is always exciting, since it is the birth of a sonic document that will stay for generations to come,” Sierra said.

A reviewer in one of Spain's major newspapers wrote that "Puerto Rican composer Roberto Sierra shows the fertile creativity of his tropical memories in an album that stems out from his affective upbringing. Sierra transforms the bolero, the romantic ballads cultivated in Puerto Rico, Cuba and Mexico during mid 20th century, into a contemporary musical composition. The same happens with the montuno, in which he looks at the world of salsa...What is original in Roberto Sierra's vision is that in most of his compositions he does not make literal allusions to the the rhythmic or melodic elements of Caribbean music. He always approaches them with a critical attitude, making the material his own and thus enveloping them in new aesthetic concepts.”

Sierra also had two other world premieres in February, including “Sinfonia No. 5” in Puerto Rico and “Triple Concierto” in Spain.

At Cornell, Sierra focuses his teaching mainly on composition. His first major orchestral composition, “Jubilo,” was performed at Carnegie Hall by the Milwaukee Symphony Orchestra in 1987; since then, his works have been performed by the Philadelphia Orchestra, Pittsburgh Symphony, Atlanta Symphony, New York Philharmonic, National Orchestra of Barcelona, Germany’s Radio Orchestras from Saarland and Frankfurt, England’s BBC Symphony and Royal Scottish National Orchestra, among others. 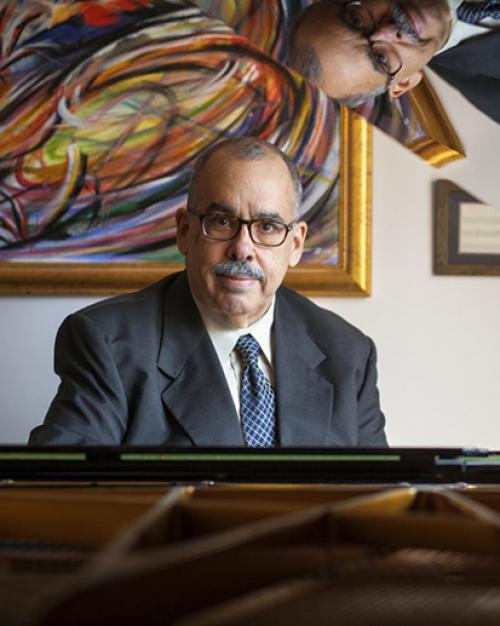