Professor Emeritus of Musicology Don M. Randel was named an honorary member of the American Musicological Society (AMS) during its recent annual meeting in Louisville. This award is to given to scholars “who have made outstanding contributions to furthering the Society’s mission and whom the Society wishes to honor.”

Randel was a faculty member at Cornell from 1968-2000. During that time, he chaired a task force on undergraduate education and was involved in Cornell’s strategic planning. He also served on the Society for the Humanities board, the University Appeals Board and the committee on the curriculum and undergraduate education. In 1991, while chairman of the Department of Music, he was named the Harold Tanner Dean of the College of Arts and Sciences. In 1995 he became the university’s provost, developing the Cornell Research Scholars Program in 1996.

Randel’s research varied from music of the Middle Ages, Mozarabic chant and music and culture of the Renaissance to Arabic music theory, Panamanian music and salsa.

Randel received his bachelor’s degree (1962), a Master of Fine Arts degree (1967) and a Ph.D. (1967) from Princeton University. He was a faculty member of the Department of Fine Arts at Syracuse University before coming to Cornell. In 2000 Randel became the 12th president of the University of Chicago and left that post in 2006 to serve as the President of the Andrew W. Mellon Foundation, from which he retired in 2013.

Randel has also been a member of the AMS Council where he chaired the Nominating and Stevenson Award committees and was Editor-in-Chief of the Journal for the American Musicological Society.

The American Musicological Society was founded in 1934 with the aim to advance scholarship in various fields of music through research, learning and teaching. 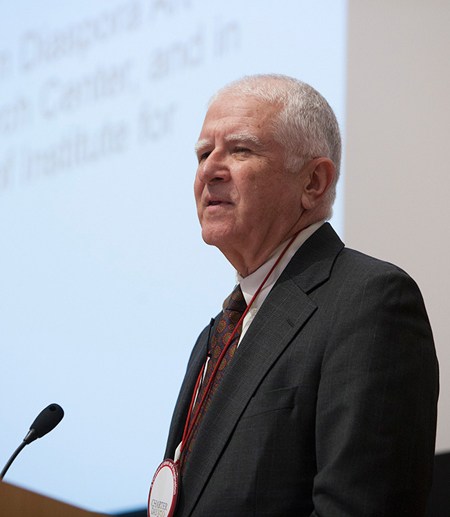