“By focusing on elite and popular musical practices by Latin American and Latino musicians, the book contributes to decolonizing the Anglo-American and Eurocentric tradition that has defined experimentalism in narrow nationalist terms for decades,” said Alejandro Madrid, Cornell professor of music and co-editor with Ana Alonso-Minutti of the University of New Mexico and Eduardo Herrera of Rutgers University.

The book has four thematic sections. The first, “Centers and Institutions,” addresses experimentalism amid the politics of the Cold War era in the 1960s and 1970s. The second section, “Beyond the Limits of Hybridity,” examines experimentalism among popular musicians and includes a chapter by Madrid and Pepe Rojo analyzing a 1999 album by a Mexican rock band, “Experimentalism as Estrangement: Café Tacvba’s ‘Revés/Yosoy’.”

“We wanted to show how the album forces audiences to hear fantastic new possibilities in the sounds the band created. By emphasizing the centrality of locality, the album is also an attack on the music industry of the 1990s,” Madrid said.

The third section, “Anti-Colonial Practices,” looks at how experimentalism may “engage, reproduce or challenge colonialist and colonizing projects.” The fourth, “Performance, Movements and Scenes,” examines the aesthetics and political concerns of a theater troupe in Mexico and intermedia artists in Argentina.

“Tracing the history of a term like experimentalismreveals a multiplicity of hemispheric histories and meanings,” Piekut said. “The essays in this volume detail and analyze this multiplicity in a lateral rather than linear way, sensitive to the ruptures, disjunctures and asymmetries across which discourses and techniques move or get invented anew.” 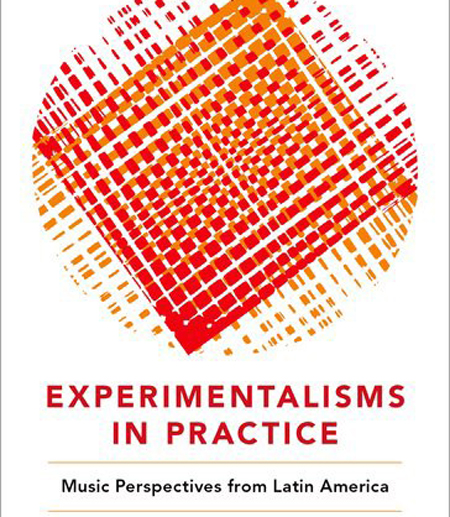