Andrew Hicks, assistant professor of music and medieval studies, has been awarded a prestigious Berlin Prize from the American Academy in Berlin. Hicks is one of 21 scholars, writers and artists awarded Berlin Prizes for 2017-18. Academy president Michael P. Steinberg called them “a particularly stunning class of fellows.”

The Berlin Prize provides recipients with the time and resources to step back from their daily obligations to work on academic and artistic projects they might not otherwise pursue. The fellows are encouraged to work with local individuals and institutions in the Academy’s well- established network, forging rich connections and lasting transatlantic relationships. During their stay, fellows engage audiences through public lectures, performances, and readings, which take place at the Academy but also throughout Berlin and Germany.

While in residence at the Hans Arnhold Center in Spring 2018, Hicks will be working toward the completion of his second monograph, tentatively titled “The Broken Harp: Musical Metaphor in Classical Persian Literature.” Hicks describes the project as a richly textured media archaeology of the real and imagined soundscapes of medieval Persian poetry, documenting and detailing the role of the auditory within the poetic imagination. The book will “reframe the history of medieval Persian musical culture through a focus on the technical vocabulary, poetic imagery, artistic visualizations, and philosophical metaphors of music and musical experiences in medieval Persian literary traditions.”

Hicks’ research focuses on the intellectual history of early musical thought from a cross-disciplinary perspective that embraces philosophical, cosmological, scientific and grammatical discourse in Late Antiquity and the Middle Ages, and spans the linguistic and cultural spheres of Latin, Greek, Persian, and Arabic. He is the author of “Composing the World: Harmony in the Medieval Platonic Cosmos” (Oxford University Press, 2017), and he collaborated with Fr. Édouard Jeauneau on an edition of John Scottus Eriugena’s “Commentary and Homily on the Gospel of John” (CCCM 166, Brepols 2008). They also have a forthcoming first edition of William of Conches’ Glosulae super Priscianum (Brepols). 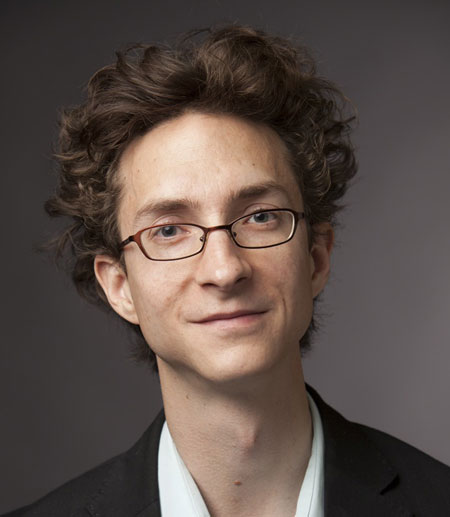