A new performative sound kinetic installation by Assistant Professor Marianthi Papalexandri-Alexandri will premiere at the ECLAT Festival in Stuttgart, Germany on February 3. Titled "Distanz," the work invites the audience to a refined and focused exploration of objects and sounds, carefully shaped and placed at different distances.

The performative installation setting allows the performer to alternate between being a sound source, a kinetic element and an active mechanism. The work explores the kinesthetic relationships between instrument, devices and space. Distanz reflects Papalexandri's fascination of the forces of nature and the phenomena of physics – friction, electricity, vibration – making us wonder at what we see and hear.

Distanz was commissioned by the ECLAT 2018 - Festival Neue Musik Stuttgart and was written for cellist Séverine Ballon, who will perform the premiere.

Her works interweave the borderlines of sound art, composition, visual objects, and performance and explore the factors that link these art forms and have been widely exhibited internationally. Her kinetic sound sculpture Speaking of Membranes, created in collaboration with Swiss artist Pe Lang, is part of the Saastamoinen permanent collection of Espoo Museum of Modern Art, Finland.

Since its establishment in 1980, the ECLAT Festival has become a prestigious platform for new music in Germany. ECLAT’s aim is to present innovative trends in music today and to show their connection with the important compositions of the 20th and 21st centuries. More information can be found on ECLAT's website. 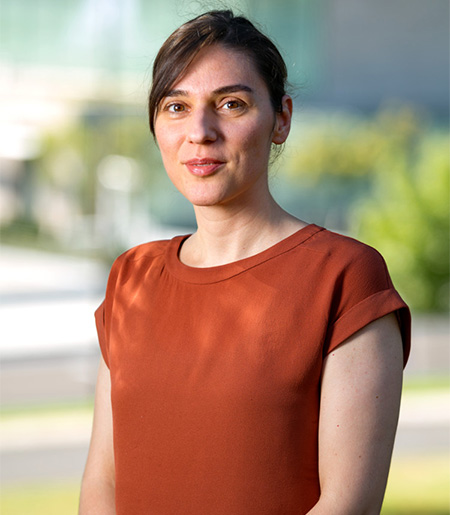