On a recent trip to Budapest, Malcolm Bilson, the Frederick J. Whiton Professor of Music Emeritus, received The Order of the Hungarian Gold Cross, an award given each year to seven or eight foreigners who are distinguished artists, scientists, writers and others for their contribution to Hungarian intellectual and cultural life.

According to the citation letter, signed by the President of the Republic János Áder, Bilson received the award for his “significant international artistic and scholarly career, and in recognition of his decades long fervid contributions to Hungarian early music life.”

The mayor of Budapest's First District, Gábor Tamás Nagy - who has heard Bilson often in concert and is a fan of his recordings - presented the honor. 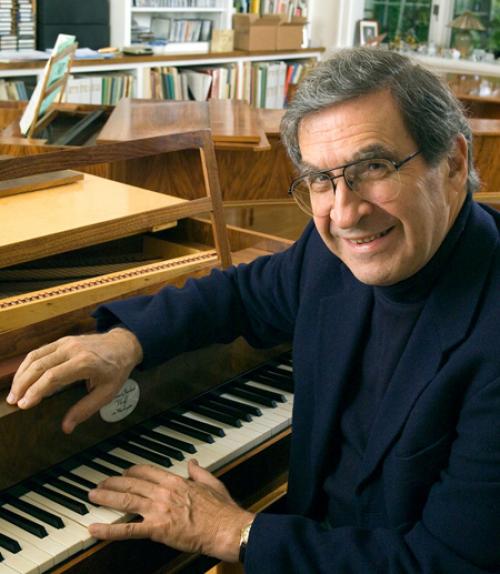