The Cornell Council for the Arts (CCA) has awarded grants supporting 40 projects, many involving students and faculty in the College of Arts & Sciences, to be presented or performed during the 2016-17 academic year.

Through its Individual Grant Program, the CCA offered 15 grants of $2,500 each to Cornell faculty, departments and programs, and 25 grants of $1,000 each to students and student organizations. Proposals were reviewed and selected by a panel of arts faculty.

Applications came from faculty and students in art programs, and from science and engineering programs seeking support for multidisciplinary projects or to develop art projects beyond the boundaries of their field of study. Supported projects included individual student exhibitions and performances, and short-term residencies or on-campus collaborations with well-known artists.

Among individual student grant winners, fiber science and apparel design (FSAD) major Mark Colbran ’18 will turn an art gallery into an artist’s studio in a public installation on display 24 hours a day for one month, beginning Nov. 13. Colbran says the project, “Studio Immersion,” will serve as “an adaptation of a professional model within a university setting,” with he and his collaborators living and working inside Jill Stuart Gallery in the Human Ecology Building.

The project will be observed by Cornell psychology and human development researchers for stress endurance, and transmitted live on the internet. Colbran seeks to counter societal stereotypes of artists as emotionally unstable through the display of the “rational, sober creative thought of young artists/designers.”

Faculty and departments primarily sought support for performances and exhibitions bringing visiting musicians, composers, playwrights, directors, writers, filmmakers, dancers and visual artists to campus to work with their students, as well as funds to further individual work and projects.

“Legocentrism: A Taxonomy of Serious Play,” a collaborative project by professors David LaRocca, English, and Mark Morris, architecture, aims to explore the relationship between education and play, through an interactive exhibit illuminating ways in which the kinds of play we undertake translate into grand scale, including in institutional architecture.

Supported projects by arts departments and programs include “Walking with ’Trane,’” a performance by Urban Bush Women based on music by John Coltrane, in late October at the Schwartz Center, presented by PMA. Also receiving grants: the South Asia Program, for a Strings Attached concert; FSAD, for “100 Years of Fashion Studies: Beluah Blackmore and the Cornell Costume & Textile Collection;” the Department of Music, for a “Technologies of Memory” concert and David Maslanka residency; Cornell Symphony Orchestra, for a “Year of the Women” concert, and the Department of Art for an MFA program exhibition in New York City.

CCA-supported projects and events will be presented starting in September and continuing through May 2017. Information, including dates and venues, for all events will be available online this summer.

This story originally appeared in the Cornell Chronicle. 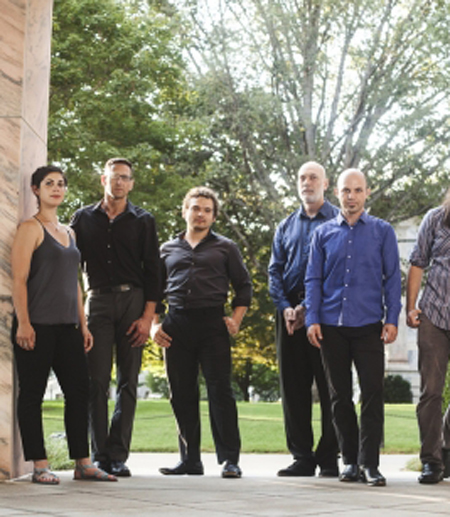