In a basement room in Lincoln Hall, students juggled pieces, game boards and instructions, determined to come out the winner in an intense game of Rithmomachia, a medieval game once more popular than chess. To win, they needed at least three pieces in enemy territory in a straight line, in which the pieces present one or more of the three Pythagorean means (arithmetic, geometric or harmonic). Invented in the 11th century by monks in southern Germany, “Rithmomachia” means “a battle of numbers.”

The game was one of many engaged learning challenges students faced over the course of the spring 2017 semester in CLASS 2642 - The Art of Math: Mathematical Traditions of Symmetry and Harmony.

In addition to in-class games, students had problem sets and a group journal in which they posted their thoughts on solving the problem. Each week, students received individual feedback on their homework and a group response that synthesized the journal discussion contributions, “which provides additional space for collaborative learning based upon shared experiences, both frustrations and successes,” noted Hicks.

The course focused on symmetry and harmony as central concepts built on a long history of mathematical exploration in a variety of domains (geometry, astronomy, arithmetic, and music), not just in the European mathematical tradition but also in mathematical texts from China, India, and the Islamic world. “We’re trying to push the idea that math is not one size fits all but there are other ways to solve problems. Math is about exploration and strategy and creatively finding solutions,” said Roby.

“It’s rigorous math, always with the goal of looking at problems and thinking about patterns and ways to solve them,” said Hicks. “Even if you head down the wrong road, if something comes out of it, that’s valuable.”

Added Roby, “We’ve created a space where people feel comfortable saying ‘I had trouble with this.’ That shows up in the creativity with the ways students approach the homework sets.”

Hicks and Roby strove to make the mathematics of harmony tangible. For example, they explained what Archimedes did by emphasizing visual ways of understanding and then invited students to devise their own techniques of visual analysis and explanation and apply them to Archimedes’ early version of calculus. One student designed a mobile to prove that the intersections of shapes balance. Another designed an Ikea-style manual. “Our students evinced deep understanding of what Archimedes was doing, not just in words but in visual concepts,” said Roby.

Many class activities recreated historical pedagogical techniques. For example, paper folding, used in a number of traditions, provided an opportunity for students to learn about regular shapes, ratios, and proportions used to design architectural spaces.

“Our hope for this class is that they get the idea that math is about exploring, rigorous thinking and proofs, which can take a lot of different forms,” said Roby. “Math is something that’s living.”

“It’s the most fun I’ve ever had teaching a class and also the most work,” said Roby. Added Hicks with a laugh, “Sometimes we needed to build things and buy craft supplies. It’s unlike any course I’ve ever taught.”

Although her favorite part of the class was actually the lectures and the way Roby and Hicks made connections across cultures and topics, Isis Encinas ’20, a double major in psychology and classics, says she learned the most from the in-class activities and "real-life" applications. “For example, we were able to use monochords to learn about different tuning systems and even come up with our own methods to play different scales using what we had learned in class,” she says. “I thoroughly enjoyed the class and am very glad I was able to take it.”

Both Roby and Hicks have tried to incorporate hands-on activities in other classes, though finding the time is a challenge. “It’s hard to get rid of the content-distribution model but this collaborative model has really paid off for the students in this class,” said Roby. 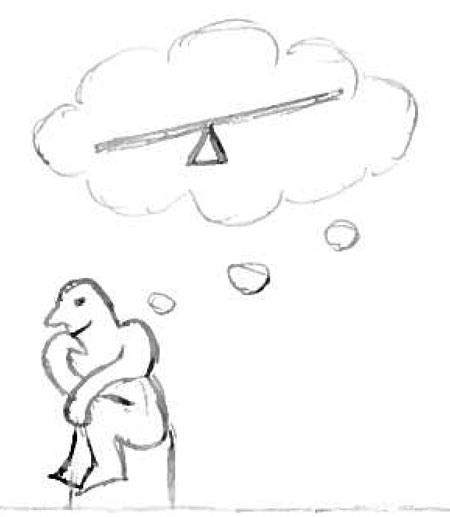