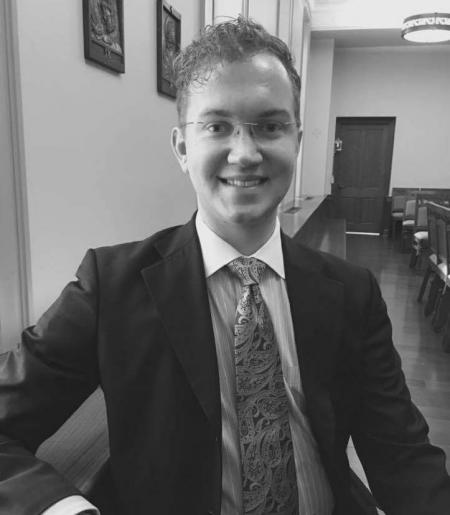 Pursuant to his goals in professional church music, Michael Plagerman has interests in the repertoire and practice of sacred literature for the organ and choir through the last two centuries as well as the theory and performance practice traditions of 19th and 20th century France. An advocate for the musical education of congregations, Michael has sought to encourage participatory music making in the church through the organization of a number of concerts, choral workshops, and other educational events that focus on the involvement and encouragement of young people interested in church music. Michael holds a B.Mus. in organ performance from Pacific Lutheran University where he studied organ with Paul Tegels, harpsichord with Kathryn Habedank, and choral conducting and pedagogy with Richard Nance and Brian Galante. Additionally, Michael recently complete the Master of Sacred Music degree at the University of Notre Dame where he was awarded the Craig Cramer prize in organ performance. During his time at Notre Dame Michael served as a graduate assistant organist at the Basilica of the Sacred Heart. Currently in his first year of the D.M.A in Performance Practice at Cornell, Michael studies with Annette Richards and serves as the director of music, organist, and choir director at King of Kings Lutheran Church in Liverpool, NY.