Valitutto on “thought and desire”

When considering what are perceived to be two (or more) disparate elements or states, how do we explain and justify their categorical separation, and even, opposition? Cognition and perception in the Western world generally relies on a series of dualities, either complementary or opposing forces which help us organize our lives and make sense of the world. But the liminal spaces or borders between and within such supposed dichotomies are tricky business: where does one end and the other begin? Are supposed polar opposites truly separate? These works explore the liminality of existence, the truth of transitory being. What is the threshold between darkness and light? Joy and sorrow? Being conscious and not? Sound and music; or even: sound and noise? At what point does utterance become language? Sonic attack become resonance? Are our actions guided solely by either thought or desire, or are we constantly, precariously mediating the two? Although we may consider the majority of our (ideal) existence to be prolonged moments of “stasis” interrupted by states of transition—which are often felt as arbitrarily jarring and undesirable—perhaps our human condition might be better understood as one of perpetual change, a constant becoming, peppered with infinite ephemeral moments of “arrival.” 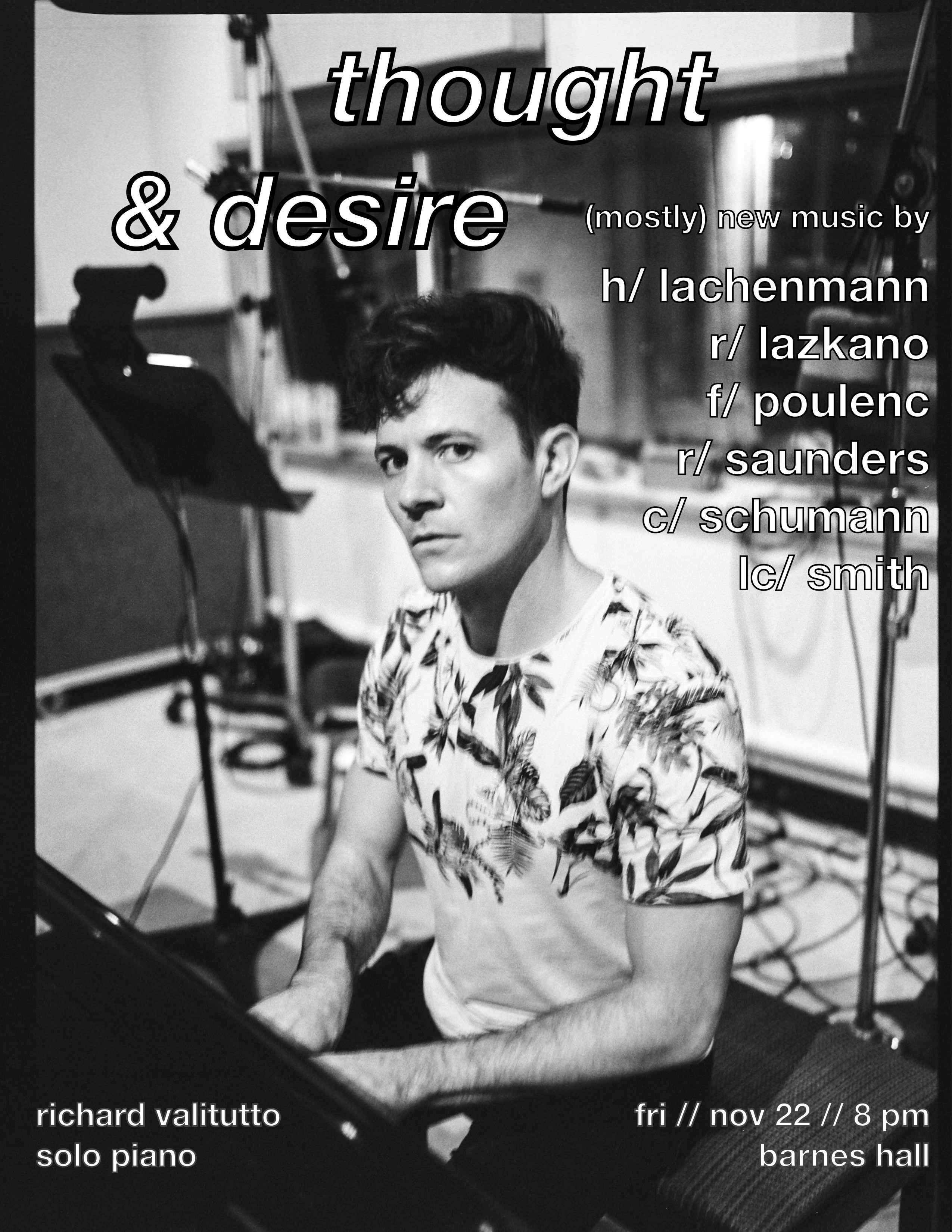