Why did you choose Cornell?
I was born in the city and have lived most of my life in suburbia. When I first visited Cornell, I absolutely fell in love with the campus’ natural beauty and atmosphere. I also liked how it felt both close and far enough away from home. Besides location and atmosphere, Cornell felt right in all the other ways as well: size-wise, academically, musically (I specifically looked for programs with strong music programs), socially, etc.

What is your main Cornell extracurricular activity -- why is it important to you?
When I first arrived at Cornell, I knew that regardless of whether or not I majored in it, music would be an important part of my time here. To choose one activity over any others, however, seems unfair and impossible. Every single group that I have been fortunate enough to be involved in has changed me in remarkable ways and has made me feel like a part of something much greater than myself. During my time at Cornell, I have sung with the Glee Club, played baroque violin with the Baroque Orchestra, played viola da gamba in a viol consort, and served as concertmaster (and for one concert, timpanist) of the Symphony Orchestra. I have also been involved in the leadership of Contrapunkt, the undergraduate composers’ collective, since freshman year. All of these activities have exploded and expanded my notions of what music and community is and can be, and I am so thankful for the curiosity, richness, and diversity of the musical environment at Cornell that nurtures this sort of exploration. Even after four years, I feel like I’ve only scratched the surface of what Cornell has to offer.

What accomplishments/activities are you most proud of while at Cornell?
Most recently, as co-president of Contrapunkt, I helped organize a public reading and recording session of orchestral music by undergraduate composers. It was our last event of the year, and perhaps the largest event our organization has put on (at least in terms of the number of moving parts involved). It became a sort of personal senior project, given the scope of the event and the amount of work that went into it, but I think the most rewarding aspects of the entire process were in helping others hear the sounds they imagined in their heads actually performed live and in enabling collaboration/interaction between composers and performers.

What Cornell memory do you treasure the most?
Walking back home from Lincoln Hall late at night, I would sometimes stop at the top of Libe Slope just to breathe in the crisp evening air and enjoy the view. For some reason, seeing the city lights and stars in the night sky, past the silhouettes of trees and buildings, always elicits overwhelming feelings of joy and gratitude for my time here.

Who or what influenced your Cornell education the most? How or why?
My life has been profoundly changed by the entire music department, including all of my teachers, my peers, the graduate students, and the staff. In particular though, I think my interactions with Professors Roger Moseley, David Yearsley, and Steven Stucky (now emeritus), whether it was through informal conversations, classes, or private lessons, have most impacted the ways I think about life and music and have given me the confidence to pursue a life in music.

How did any of your beliefs or interests change during your time at Cornell?
I came from a science and technology magnet high school and when I applied to Cornell, I believed I would eventually major in neuroscience or something else within the biological sciences, with the intention of being a pre-med. Though I took a wide assortment of courses at Cornell, I never ended up taking any pre-med courses, and eventually majored in music. Even within music, I have always tried to keep an open mind; while I have told others that I am focusing on composition, I have become increasingly interested in all aspects of the art, including performance, theory, musicology, and the science behind its physics and cognition.

What do you value about your liberal arts education?
I feel as though a liberal arts education teaches one about humanity and the human condition. The education that I received from the College of Arts and Sciences was defined by an atmosphere of both open-minded curiosity and self-critical awareness that helped me grow immeasurably as a scholar and person. I also love that the College of Arts and Sciences is a smaller community within a larger University; the joys of learning for the sake of learning and the interdisciplinary dialogue that results from the diversity in the university were both invaluable.

What are your plans for next year; where do you see yourself in 10 years?
After high school I went straight to a chamber music summer program, after which I immediately arrived at Cornell. Though I enjoyed my time immensely and appreciated the momentum of doing things one after another, I have decided to take a gap year or two after graduation. During that time, I hope to prepare for master’s programs in music, after which I plan to earn a doctorate. Although I am still unsure as to what my life in music will look like, I hope that in 10 years I will be pursuing it. 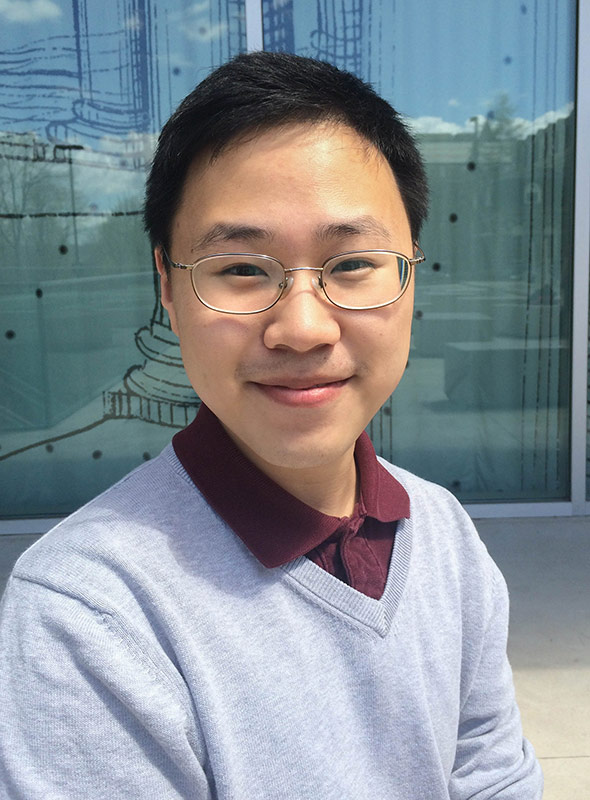