Stephen Spinelli, assistant director of choral programs, was recently profiled by Cornell Research's Jackie Swift for his work with the Chorale and Chamber Singers, and discussed how their rehearsals serve as an ideal laboratory for the liberal arts:

Cornell is known as a leading center of research and knowledge. Breakthrough discoveries, cutting-edge research, and forward-thinking pedagogy attract students and academics from around the world to the university’s campus. This environment of intellectual and scientific excellence is nurtured by a wide range of academic experts, including lecturers and researchers who work closely with faculty and students, often winning awards and publishing in their own right.

Choral Music Rehearsal, an Amazing Laboratory for the Liberal Arts

Helping students broaden their understanding through the choral experience is central to Spinelli’s teaching goals. “Choral music rehearsal is an amazing laboratory for a liberal arts education,” he says. “In a very hands-on way, we study fundamental topics like history, foreign language and linguistics, cultural context, poetry, and the physics of musical sound. In a more nuanced manner, I try to cultivate valuable human attributes like empathy, discipline, and teamwork.”

The Cornell Chorale has grown steadily since Spinelli came to the university three years ago. “This year there are 120 students in the chorale,” he says. “We had to cap the members at the number of people allowed in the room by the fire code. When I started, there were only 32 students in the group.” He attributes the upsurge in choral participants to an engaging repertoire presented to students in a professional, age-appropriate way. “I believe in the material,” he says. “I know what it did for me. I’m hooking some of them, and that’s a great feeling.”

Last year Spinelli scored a huge success with students by having the chorale perform Carmina Burana, a mid-twentieth-century work by Carl Orff, based on 24 poems on secular subjects from a Medieval manuscript written by monks and nuns. “The subject matter was unexpected,” Spinelli says. “There were drinking songs and songs about relationships. There’s something about that text and the reckless abandon of percussion and two pianos and a lot of sound that spoke to Cornell students.”

Spinelli also works with the much smaller Cornell Chamber Singers, which typically consists of 24 students. They are more advanced in their musical training and include graduate students in the Music Department who want extra experience and more accountability, according to Spinelli. “This is where my own research is coming to fruition this term,” he says.

Spinelli’s research centers on the Baroque era as filtered through the advent of the Reformation. “I’m investigating what that era did for music—choral music specifically,” he says. He brought Variant 6—a group of six singers from Philadelphia, Pennsylvania, specializing in very early and very contemporary music—to Cornell to work with the chamber choir. Variant 6 and the choir performed music by Johann Schelle, a little-known, mid-Baroque composer of special interest to Spinelli.

“We took some of this 300-year-old forgotten music, and we gave premiers of it and did some recordings,” he says. “We looked at the implications of what you discover when you reawaken pieces of art that have fallen out of the cannon. We also examined the Reformation and looked forward with contemporary music that relates to the earlier works and speaks to the need for social change through the arts.”

In the music field, performance is a form of research as well, and Spinelli will be performing as a tenor with the Grammy Award–winning vocal octet Roomful of Teeth in January 2018. He also sang with the Philadelphia-based chamber choir The Crossing on Gavin Bryars’ album The Fifth Century, which was just nominated for a 2018 Grammy Award.

The full article, which also features Cornell faculty in biomedical engineering, astronomy, and Asian studies, can be found on the Cornell Research webpage. 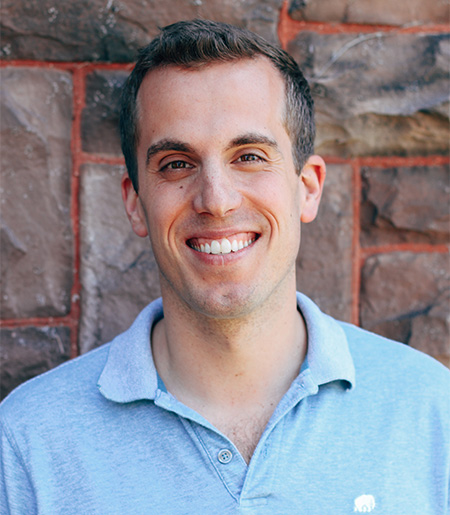