The 2018 GRAMMY Award for Best Choral Performance was awarded yesterday to Donald Nally and The Crossing, for their recording of Gavin Bryar's The Fifth Century. Stephen Spinelli, director of the Cornell Chorale and Chamber Singers, was one of The Crossing's 24 singers on the album.

Commissioned by The Crossing and premiered with the PRISM Saxophone Quartet in 2014, this large-scale work for choir and saxophone quartet sets a text from the English poet and theologian Thomas Traherne's Centuries of Meditations, taking lines from the last section "The Fifth Century."

This does not mark Spinelli's first time singing with a GRAMMY-winning ensemble; he performed with Roomful of Teeth, winner of the 2013 GRAMMY for Best Chamber Music/Small Ensemble Performance, at their show in Portland, Maine, and at their residency at Georgia State University in Atlanta (pictured) earlier in January 2018. 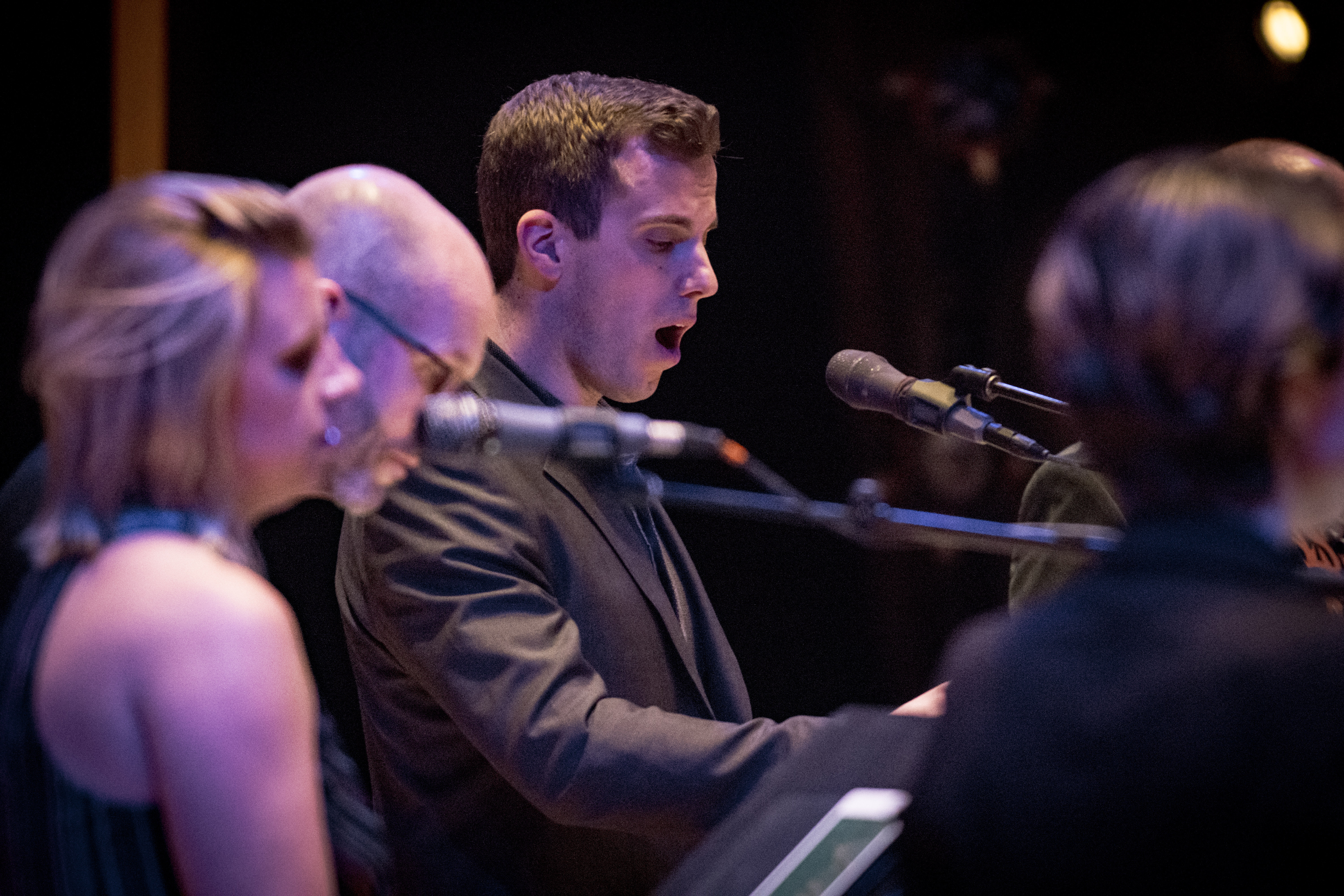