Alejandro L. Madrid, associate professor of music, has won the Robert M. Stevenson Book Award from the American Musicological Society for his most recent book, “In Search of Julián Carrillo and Sonido 13” (Oxford University Press, 2015). The prize committee noted that Madrid's book "brings to bear both a high level of detailed musical analysis and a broad and theoretically sophisticated assessment of the historical and political context of Carrillo’s work. Given Carrillo’s prominence, it is a book that makes a fundamental contribution to the study of Mexico’s musical, cultural, and political life in the twentieth century..It is as distinguished a work as there is on a leading musical figure in twentieth-century Mexico."

The annual award recognizes outstanding scholarship in Iberian music (music composed, performed, created, collected, belonging to, or descended from the musical cultures of Spain, Portugal, and all Latin American areas in which Spanish and Portuguese are spoken.) This is the second time Madrid has received this award; in 2014, he and his co-author Robin D. Moore were awarded it for their book “Danzón: Circum-Caribbean Dialogues in Music and Dance” (Oxford University Press).

Earlier this year, Madrid also received the Mexico Humanities Book Award from the Latin American Studies Association for “In Search of Julián Carrillo and Sonido 13.”

Madrid holds a Ph.D. in musicology and comparative cultural studies from the Ohio State University (2003), an M.M. in musicology from the University of North Texas (1999), as well as an M.F.A. and a B.M. in guitar performance from SUNY-Purchase (1995) and The Boston Conservatory (1992), respectively. His research interests combine popular and art music, dance and expressive cultures from Mexico, the U.S.-Mexico border and the circum-Caribbean. 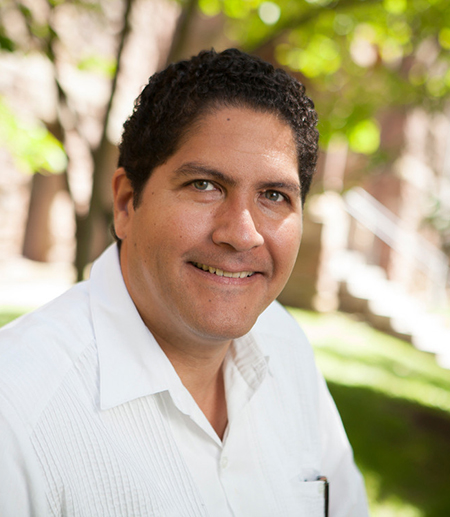