Roger Moseley’s new book, “Keys to Play: Music as a Ludic Medium from Apollo to Nintendo,” considers the playing of keyboards, both musical and at the computer, as a primary mode of musical behavior. The book spans Greek myth and contemporary Japanese digital games to address musical play and its animation via improvisation, performance and recreation at the keyboard.

“So many languages use a verb meaning ‘to play’ in relation to music,” says Moseley, assistant professor of music. “You play a piano rather than ‘working’ it. This led me to consider not only how music can be playful, but also how play can be musical.”

“Keys to Play” has been called a “game-changer” and “dazzling and daring” by reviewers. It cuts across the traditional sub-disciplines of music studies to offer new and challenging connections between them. Drawing on theories of media, systems and cultural techniques, Moseley’s book features Mozart and Super Mario alongside a large supporting cast of historical and virtual actors who collectively illustrate ludic dimensions of music that are at once old and new.

A ludic medium, explains Moseley, is one that affords and conveys playful behavior. Throughout his book, the interface of the keyboard forms the main field of play on which diverse objects of inquiry – from clavichords to PCs and 18th-century musical dice games to the latest video-game titles – enter into analogical relations.

“Keyboards enable us to play with sounds in different ways,” says Moseley. “The piano’s keyboard presents us with a grid of pitches that we navigate by making discrete selections with our digits, but it also allows us to touch the soul by way of sound waves that can analogize innumerable ideas and feelings. As a medium, it is at once digital and analog, just as play depends both on unambiguous binary rules and on their imaginative interpretation – if not their circumvention.”

A long-standing problem for music scholarship has been that readers can’t hear the music being discussed. Alongside its publication as a traditional paperback, Moseley’s book will be available as a free open-access download in various e-book formats through Luminos, University of California Press’s new open-access publishing program for monographs.

This innovative approach to publication enabled Moseley to include audio and video materials alongside the text so readers can absorb play-by-play commentary – on Bizet’s depiction of a game of leapfrog or the mashing up of Super Mario’s exploits with a Mozart keyboard concerto – with an immediacy that is impossible in print alone.

The cost of publication is being shared by the press, Cornell’s Hull Fund and Open Access Publication Fund, the Department of Music, the Westfield Center for Historical Keyboard Studies and other grantors.

“At Cornell, music from the past and the present comes alive in so many ways. I couldn’t have produced this book anywhere else,” he says. 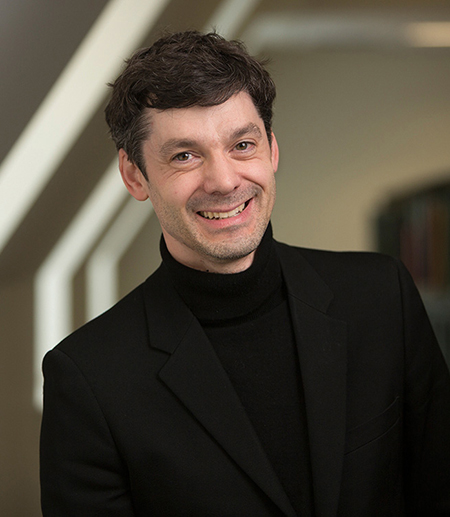