Ever wondered whether ancient medicines really worked? The answer to that question, and more on how the ancient world impacts the modern, can be found at “Sustaining the Antique: a 21st-Century Festival of Classics” Oct. 28-29 in Klarman Hall’s Rhodes-Rawlings Auditorium.

The keynote address, “Talking with the Dead,” will be given by Ann Patty, celebrated memoirist who decided she wanted to study Latin at the age of 60. In her book, “Living with a Dead Language: My Romance with Latin,” Patty wrote “I had no idea, when I began my studies [of Latin], that rather than dead secrets, I would discover vital constructs that would illuminate my past as well as my present, and enliven my future.”

Patty’s revelation resonates with Verity Platt, associate professor of classics and conference organizer. “There are so many ways in which we still look to the cultures of Greece and Rome to tell us something about ourselves,” she says.

And while the festival will celebrate the cultural achievements of classical antiquity, it will also explore the “dark side” of classics, she said. “For instance, why is it important to talk about slavery in the ancient world? What about attitudes to women in ancient Greece?”

The festival showcases how relevant the classical period is today. A panel on ancient science, technology and the environment will discuss new medicines emerging from the ancient pharmacy, how to predict climate change based on the past, the Roman equivalent of Coca-Cola and other innovations.

Art and culture will be addressed in another panel, from the historical influences that led to the Arab Spring to the ongoing significance of plaster casts of Greco-Roman sculpture. And Richard Fletcher, of Ohio State University, will lecture on the relationship between ancient philosophy and contemporary art.

Appropriate for this election season, classical antiquity and American politics are another panel topic, with talks on populism, leadership and the power of drones. Another panel explores the discomforts of the past and their resonance in the present, touching on slavery, misogyny and the awkward truths that comedy can reveal.

Organizers included plenty of fun in the festival too, such as a Latin reading competition featuring students from local schools and Cornell undergraduates, and a Living Latin Showcase, featuring Michael Fontaine, associate professor of classics, John Kuhner of the Paideia Institute and Cornell students. There will be tours of the Cornell plaster cast collection with a workshop on their restoration, as well as a dendrochronology and archaeology showcase.

The festival concludes with the premiere of Cornell musician Annie Lewandowski’s new staged song cycle, “Bitter Banquet,” a multimedia performance inspired by the plays of Euripides, accompanied by David Yearsley, professor of music.

Linda B. Glaser is a staff writer for the College of Arts and Sciences. 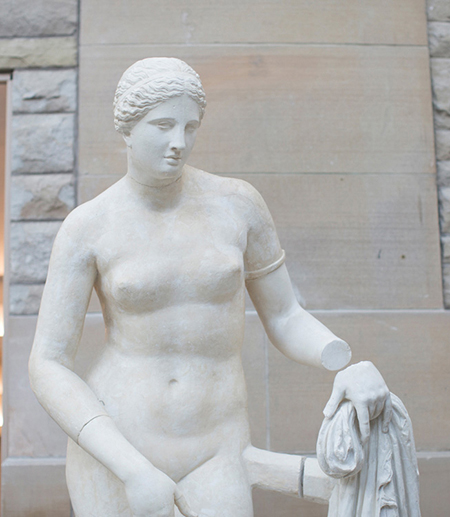