Roberto Sierra, Old Dominion Foundation Professor in the Humanities in the Department of Music, has been awarded the Tomás Luis de Victoria Prize, the highest honor given in Spain to a composer of Spanish or Latin American origin, by the Society of Spanish Composers (SGAE) Foundation. The prize, which includes a 20,000 Euros award, will be presented to Sierra in the spring in Madrid, Spain; a concert of his works will accompany the ceremony.

"Receiving this award has been a real surprise and somewhat overwhelming,” said Sierra. “I work in the privacy of my studio, composing works with the hope that someday they will be heard, without thinking of awards or the applause of the audience.”

The Victoria Prize recognizes a living composer “for his contribution to the enrichment of the musical life of the Ibero-American community throughout his professional career and through his work.” The international award committee cited Sierra for “the quality and variety of his work, which combines current techniques with the essence of Caribbean music and is a personal contribution to all genres of music."

“I am very interested in expressing who I am, where I come from. I think my work reflects my cultural heritage, my ‘genetics’ as a composer,” said Sierra. “I'm not chasing those fashions that very soon become as old as yesterday's newspaper. Perhaps this translates into something that reflects integrity and a personal approach to musical expression," he concludes.

Sierra came to prominence in 1987, when his first major orchestral composition, Júbilo, was performed at Carnegie Hall by the Milwaukee Symphony Orchestra. For the past three decades his more than 100 works have been part of the repertoire of the main European and American orchestras, including the Philadelphia Orchestra, New York Philharmonic, Los Angeles Philharmonic, National Symphony Orchestra, Royal Scottish National Orchestra, the Tonhalle orchestra of Zurich and the orchestras of Madrid and Barcelona. His works have been featured at the Santa Fe Chamber Music Festival, Schleswig-Holstein Festival, Festival Casals, France’s Festival de Lille, and others, and he has recorded with numerous labels, including Naxos, EMI, New World Records, New Albion, and BMG.

Most recently, Sierra has released “Graffiti,” a piece commissioned by the Sigma Ensemble in Chile for the Manuel de Falla International Spanish Music Festival. He is currently working on some dramatic songs about Carmen Miranda for the St. Luke's Chamber Orchestra of New York and a cycle for baritone and piano titled “33 Dreams with poems” by Jan Carlos Garvayo, scheduled to be premiered in Seville in March. In addition, Albany Records has just released a CD of Sierra’s virtuosic music for cello and piano, performed by cellist John Haines-Eitzen, Cornell senior lecturer in music, and pianist Matthew Bengston.

Born in Puerto Rico, Sierra studied at the Puerto Rico Conservatory and Puerto Rico University before receiving his Masters in Musicology from the Royal College of London University. He did postgraduate studies at the University of Utrecht, the Netherlands, and studied programmatic composition with Gyorgi Ligeti in Hamburg. He was dean, then chancellor, of the Puerto Rico Conservatory, leaving to become composer-in-residence for the Milwaukee Symphony Orchestra. In 1992, he began teaching composition at Cornell; his interests also include orchestration and analysis. 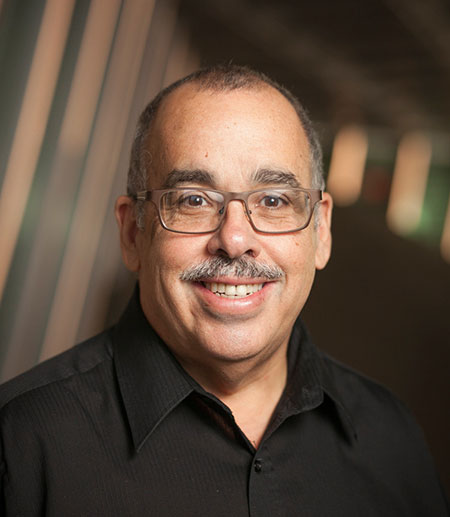