The album features world premiere recordings of “The Moon and the Sand” by Curtis and “Still Life Crumbles” by Tonia Ko, a Cornell graduate student in the field of music; as well as sonatas by Ruth Crawford Seeger and Ellen Taaffe Zwilich and solo pieces by Augusta Read Thomas.

“Seeger came of age and became a prominent figure in the music world during women’s suffrage. Zwilich was the first woman to be awarded a Pulitzer, and she blazed a trail and set the stage for more equality. For me, Jennifer and Tonia and Augusta have followed in these women’s footsteps,” says Kim, assistant professor of performance in the College of Arts & Sciences Department of Music. “How glorious it is for us to have achieved so much in the last century. Though we still have work to do, women are now so welcomed and so present in the field of composition and music and performance.”

Kim says she hopes the album will bring a new understanding of and deeper appreciation for the great post-tonal music that now exists.

The title of the album is taken from the Emily Dickenson poem “Route of Evanescence.”

“The poem spoke to me on many levels,” Kim explains. “Each of these women took a different, unique path, but all similar, in that the integrity and the voice of what they wanted to communicate was always so central. Seeing how much love goes into every note that they wrote was and is really powerful for me.”

The concept of evanescence spoke to Kim just as powerfully as she worked on the album. “You do a take and (snaps her fingers) that’s it. It only exists in that moment. You can do another take but it’s never exactly the same. The music is evanescent -- except for the fact that it’s then preserved on this record.”

She recorded the album at the SUNY Purchase recital hall to rather than a recording studio so she could take advantage of its excellent “live” sound. “Being in a hall where there’s so much space for the sound to communicate, when you get back that information it inspires you to play differently,” she says.

While most of the album is classical, two bluegrass pieces bookend the recording, a tribute to the 10 summers Kim spent at a bluegrass camp in Idaho while her violinist father taught at the Festival at Sandpoint.

“I would wake up in the morning listening to my dad coaching a Beethoven quartet and then fall asleep to a jam session of old Gillespie tunes,” Kim recalls. “That was very special for me in learning about all different kinds of Western classical art music.” The bluegrass camp, too, was special – she learned not only fiddle tunes but how to square dance and juggle, though she says she can only manage three balls now, not four.

Kim began playing violin at age 3; her mother runs a Suzuki school and was Kim’s first teacher and the person, she says, “who set me up as a violinist.” When Kim exhausted the Suzuki repertoire during third grade, her father took over her instruction. She credits him with introducing her to new, contemporary music.

With two musicians as parents, “in our house there wasn’t really separation between music and life, music and love and craft and profession and hobby; it was all one major entity,” Kim says.

“I get incredible joy and delight working with my students. They’re very special people and incredibly talented. Many of them aren’t pursuing music as their major -- I’ve had everything from hotel admin majors to chemical engineers to political scientists to pre-med students. They have a big world view which I think influences their playing in a positive way.

“Cornell is a wonderful place to be able to meet such bright and gifted students,” she says. “Part of my pleasure is educating my music majors who are going to go out and become the next generation of performers and musicians and musicologists and educators, and with my non-majors I usher in the next generation of connoisseurs and music lovers and patrons of the arts, and that’s equally inspiring.”

Copies of Kim’s album will be available at the Carriage House on Nov. 22; pre-orders can be placed before the official release date of Dec. 17 at Amazon, iTunes and CDBaby. 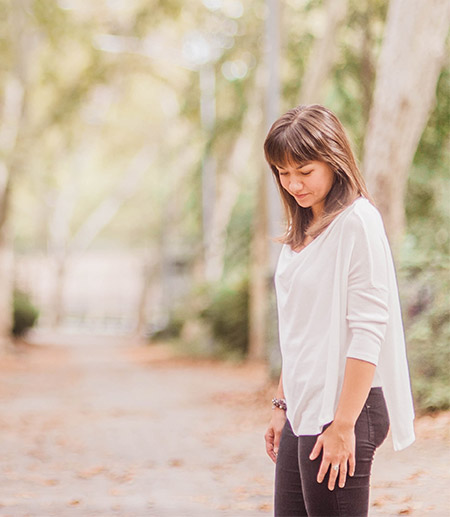