James Matheson DMA‘01 said that during his time at Cornell, “I learned how to think like a composer.”

Matheson, a New York-based composer who has written commissions for New York and Los Angeles Philharmonics, the Chicago and Albany Symphony Orchestras, Carnegie Hall and the St. Lawrence and Borromeo String Quartet, visited with students earlier this semester at a music department Composers Forum event.

Matheson said writing a piece of music can take anywhere from a couple of months to a year and that oftentimes he gets ideas for a piece from sounds around him. But being a composer is about more than just creating music, he said.

“The logistics are complex,” Matheson said. “You have to write difficult music, get funding, get the musicians together and it takes a lot of time and energy.”

During the Composers Forum, a monthly meeting for doctoral students in the music department, students listened to Matheson's concerto and string quartet and asked questions about his music and his life as a composer.

As an undergraduate student at Swarthmore College, Matheson was originally studying philosophy, but after taking a music class, he decided to double major in philosophy and music. “I fell in love with 20th-century classical music,” he said.

After graduating from Swarthmore, Matheson came to Cornell in 1993 to begin his DMA. That time allowed him to learn and grow and “I began to work on my craft and started to work on bigger, bolder music,” he said.

He credits a lot of his success to great teachers and support at Cornell. He studied with Roberto Sierra, Old Dominion Foundation Professor in the Humanities, and the late Steven Stucky, professor emeritus, who Matheson said helped to launch his career. “Steve was a mentor to me, even after I graduated,” Matheson said.

Although music is Matheson’s life, he says he’s “not really a performer.” He has played a few different instruments and played in a couple of rock bands, but becoming a listener is how he creates music.

“I try to create music that has a direct emotional connection for the listener," Matheson said.

Anna Carmichael is a communications assistant for the College of Arts and Sciences. 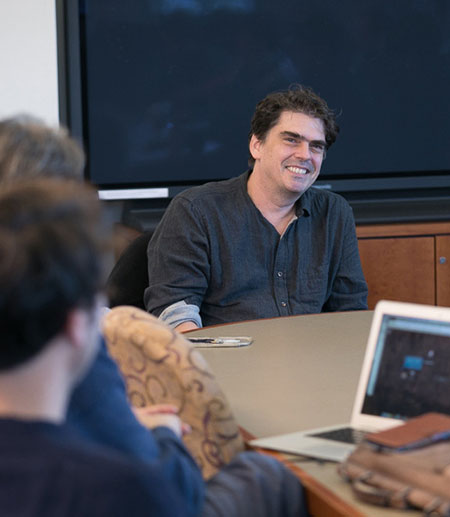