The music department is offering three exciting new courses in the Fall 2020 semester, including undergraduate composition, a Mozart seminar, and a class dedicated to the album. More details are below, and the entire list of courses is available online starting April 15.

The Composer’s Toolbox is a two-semester sequence of courses that equips undergraduates with the skills and techniques they need to write music in a variety of styles and idioms, both tonal and otherwise. While a modicum of theoretical knowledge is required, the emphasis throughout the sequence is on the practical applications of that knowledge via both composition and the analysis of repertoire: students will learn through doing.

The first semester of the sequence focuses on harmony and counterpoint, which can also be understood in terms of verticality and horizontality. Topics will include the ordering of these dimensions via various methods, including intervallic criteria and set theory. Students will learn how to analyze smaller forms and how to assemble phrases, from the smallest module to extended melodies. By the end of the semester, students will have become closely acquainted with representative examples of musical repertoire from the eighteenth century to the present day. They will also have composed a small-scale piece for chamber ensemble, which will be performed live in class. Along the way, they will learn how to notate their music digitally (via the software Sibelius). 4 credits

Contexts for studying icon Mozart are limitless: the man himself, as son, husband, father, student, teacher, entrepreneur, pianist, conductor and thinker; his music as it is to us, to his contemporaries, to his posterity; the music, politics and culture of the society in which he lived—to name a few. While the seminar investigates such matters, students will develop individual research projects to present at the end of the semester and write up as a formal paper. Their research will exploit Cornell’s remarkable resources in the Cox Library of Music & Dance, Kroch Library, the Center for Historical Keyboards, and faculty members in adjacent departments. MUSIC 4224 meets bi-weekly, once on its own and once jointly with MUSIC 6224.  4 credits.

What was the album? Does it still exist? The 2-sided, 40-minute collection of recorded tracks became the dominant mode of consuming popular music from the mid-1960s until the rise of digital CDs in 1980. During this time, the album transformed from a format to a genre in its own right. In this seminar, we will study the various species of record albums in the period - the concept album, live and greatest hits albums, spoken word recordings, posthumous releases, and novelty records - as we study the aesthetics and sociology of this key cultural form. In addition to questions of music and commerce, we will consider the way LPs structured time, forms of record collecting, and the visual and tactile experiences which accompanied the playing of records.  4 credits. 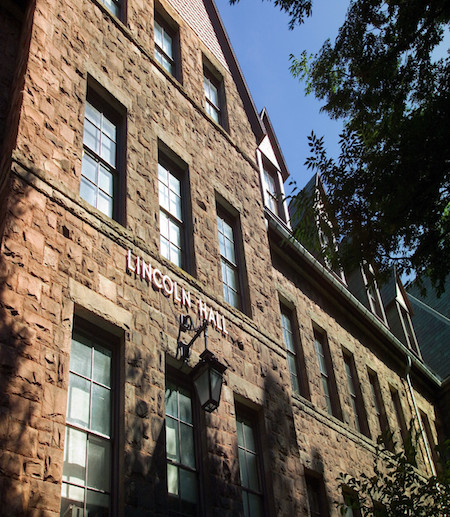