Mike Lee Residency at the Cornell Center for Historical Keyboards

From Thursday, October 3 to Saturday, October 5 fortepianist and Cornell alumnus Mike Cheng-Yu Lee will be in residence at the Cornell Center for Historical Keyboards, joined by colleagues Wayne Lee (violin) and Clancy Newman (cello). The trio's residency will encompass two concerts featuring the "Bartolozzi" trios of Joseph Haydn, an open house workshop, and a masterclass with Cornell students featuring the music of Beethoven, Chopin, and Schumann.

Awarded Second Prize and Audience Prize at the 2011 Westfield International Fortepiano Competition by a jury that included Robert Levin and the late Christopher Hogwood, Lee’s performances have since garnered attention for the fresh perspectives they bring to familiar repertoire. For his first solo recital in Australia he received a rare five-star review in Limelight Magazine: “Try as one might, it was hard to avoid cliché responses like ‘stunning’, even ‘electrifying’. I don’t think I have heard a Mozart recital quite like this. I heard things in Mozart’s music I had never thought possible and certainly had never encountered before.” The Bloomington Herald Times additionally writes: “As a keyboard performer, Lee really is a major talent, no doubt about it; I expect press notices to start coming before long in praise of his musicianship.”

Mike is an advocate of fortepianos that span the 18th- to the early 20th-centuries. Adept at working with both period and modern performers, he has appeared as fortepianist with the New World Symphony at the invitation of Michael Tilson Thomas and collaborated with musicians such as Joseph Lin, Cynthia Roberts, Clancy Newman, the Formosa Quartet, among others. As a fortepianist, he has appeared as guest artist at modern piano series (such as Grand Piano Series-FL, Silvermine Artists Series-CT) as well as both early and modern music festivals (such as 23Arts Festival-NY, Mayfest Chamber Music Festival-NY, and the Bloomington Early Music Festival-IN). 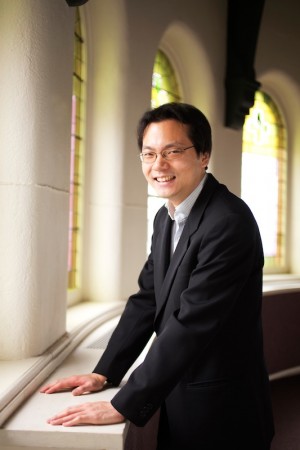