Erica Levenson (Ph.D. '17) has been appointed Assistant Professor of Music History at the Crane School of Music at SUNY Potsdam, after serving as a visiting lecturer at Syracuse University this year. She is currently completing an article that explores the transnational circulation of early eighteenth-century popular music, and beginning a book project that examines the history of British nationalism, in opposition to London multiculturalism, through the lens of the French operatic and theatrical invasion in the early eighteenth century. At Crane, Erica will teach core music history courses, in addition to upper-level electives and graduate seminars related to her research on baroque music. 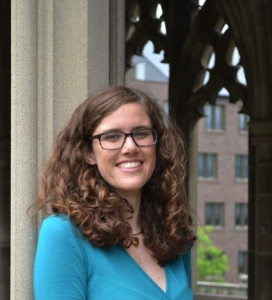