The Cornell University Chamber Singers, under the direction of Dr. Stephen Spinelli, completed a week-long residency on the island of Nantucket in August. Among four performances, the singers worked with the Nantucket chapter of the Museum of African American History to learn about the island's historical significance.

Director Steve Spinelli explains the origins and objectives of the residency:

The Cornell University Chamber Singers’ recently completed Nantucket Island Residency introduced Cornell students and affiliated musicians to the rich history of the island, while highlighting the influence of the African-American Spiritual on the American choral tradition. Particular attention was given to the music of H.T. Burleigh (1866-1949), whose grandfather moved to Ithaca, NY in 1835 after receiving a certificate of freedom. Burleigh was the inaugural recipient of a minority scholarship to the National Conservatory in New York City, where he famously met Antonín Dvořák; Burleigh is credited with inspiring the inclusion of spirituals in Dvořák's Symphony No. 9 ("From the New World"). Several singers spent the week learning art songs by Florence Price (1887-1953), the first African-American female symphonist to receive a performance by a major American orchestra (Chicago Symphony Orchestra, 1933). A recently discovered diary penned by Price indicates that she was in discussion with the Cornell University Symphony Orchestra and the Ithaca Chamber Music Society regarding possible performances of her music in the early 1950’s.

In March of 2018, the African Meeting House of Nantucket was defaced with racist graffiti. In the wake of the incident, I decided to learn more about its history. From its function as one of the first smallpox vaccination sites in the United States, to its connections to Frederick Douglas and the early abolitionist movement, it became clear that the African Meeting House is of underrepresented historical significance. I decided to bring the Cornell Chamber Singers to the island so that we might immerse ourselves in singing, learning, and community-building on the island. Hosted by St. Paul's Church (Episcopal) on Nantucket and their gifted music director, Joe Hammer, 24 singers and accompanist Michael Plagerman (DMA candidate in keyboard studies) spent August 12-18 on the island. At St. Paul's, the chamber singers performed during a traditional evensong benefitting the island's refugee community, and they offered a residency-ending concert to a standing-room-only audience. The chamber singers also spent a full day at the African Meeting House, where Kimal McCarthy, Nantucket Site Director for the Museum of African American History, offered a history of the meeting house and the neighboring Florence Higginbotham House. The choir performed a survey of significant arrangements of African-American Spirituals written over the course of the past century. The concert concluded with a rendition of the gospel hymn Precious Lord (arranged by Arnold Sevier), featuring guest artist Levi Hernandez, an El Paso native. A video of the performance was sent to Entravision and played on El Paso public television during an August 19th telethon that raised over $200k for victims of gun violence and their families.

A video of the Cornell Chamber Singers performing Precious Lord is below. 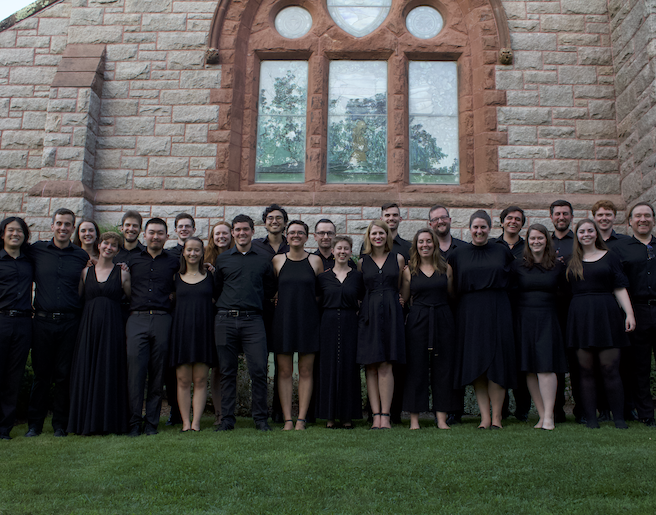