A Conversation with Malcolm Bilson

The Cornell University Music Department is pleased to share the following interview with Malcolm Bilson, Frederick J. Whiton Professor Emeritus of Music, which has recently been made public. Speaking with Associate Professor Roger Moseley in April 2017, Bilson discusses, among other accomplishments, his early work and career that led to his appointment at Cornell. Bilson is a member of the American Academy of Arts and Sciences, recipient of the 2006 James Smithson Bicentennial Award, and holds an Honorary Doctorate from Bard College. He is known for his groundbreaking performances and recordings on 18th and 19th century pianos, and in bringing earlier musical styles of execution back into modern performance practices. The interview can be found on eCommons, Cornell's digital repository.

The release of this interview is particularly timely as it coincides with the opening of a new home for Cornell's collection of historical keyboards at 726 University Avenue. With Malcolm Bilson’s fortepianos as the core, the collection includes a wide range of 18th- to early 20th-century pianos, as well as Cornell’s organs, harpsichords, clavichords and other keyed instruments. The opening of the center was profiled by the Cornell Chronicle, and will be celebrated with a number of free concerts, demonstrations, talks, and lecture-recitals. 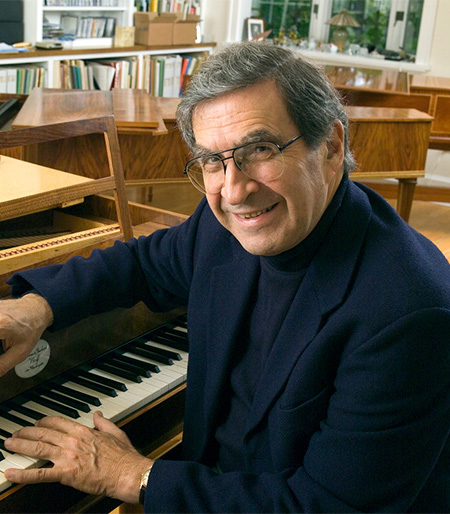