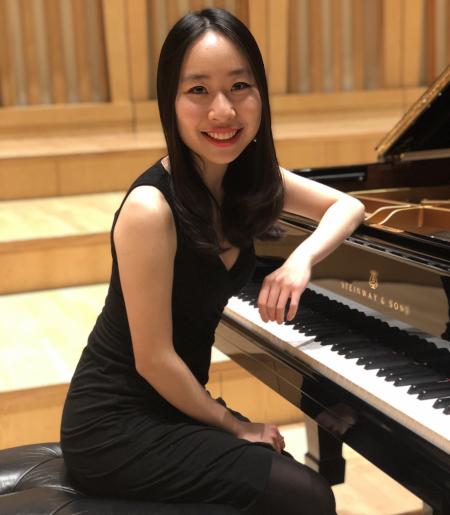 Cheryl Tan graduated from the University of Oxford in 2018 with a First Class Honours in Music, where she also won academic scholarships for her performance in the University examinations, the University-wide Joan Conway Scholarship for Advanced Performance Studies, and was appointed as the Organ Scholar of St. Hugh’s College. Supported by an Entrance Scholarship, Cheryl completed her Master’s degree in Piano Performance with Distinction at the Royal Welsh College of Music and Drama under the tutelage of Michael Young. She was the recipient of the College’s Gilbert Prize for Piano Performance (2019) for her ability to communicate to an audience through performance and the John Roberts Memorial Award (2020) for her study on the works of Beethoven.

The intersection of the research and performance of Austro-Germanic keyboard music and aesthetics from the late-eighteenth and early-nineteenth centuries lies at the heart of her musical endeavours. In 2018, she presented her paper “Purely Pedagogical Stances? Rethinking Mozart’s Keyboard Sonatas” at the London International Piano Symposium at the Royal Academy of Music, and a talk entitled “Performing Humour in Haydn” at The Haydn 104 Project in Wells, Somerset. She performed a guest recital at the International Bicentenary Conference of Clara Schumann in Oxford in 2019, and has also performed in Oxford University’s Bate Collection, the Dora Stoutzker Hall in Cardiff, as well as the Esplanade Concert Hall and Yong Siew Toh Conservatory of Music in Singapore.

At sixteen, she was awarded a Licentiate of the Royal Schools of Music (LRSM, UK) in Piano Performance. She has since studied the piano with John Byrne at Wells Cathedral School and Victor Sangiorgio at the University of Oxford, and enjoyed working with pianists Peter Frankl, Eugen Indjic, Michael Lewin, Craig Sheppard, Nikolai Demidenko, Peter Donohoe, Leslie Howard, Vanessa Latarche, Joanna MacGregor, Leon McCawley, Claudius Tanski, Thomas Hecht, and Albert Tiu in various masterclasses. While her love of pianos has been unwavering since the age of three, Cheryl has also earned an Associate diploma of the Trinity College London in Violin Performance, and also – but only occasionally! – performs on traditional Chinese instruments such as the Guzheng and Erhu. At Cornell, she will pursue a Doctorate in Musical Arts in Keyboard Performance Practice.